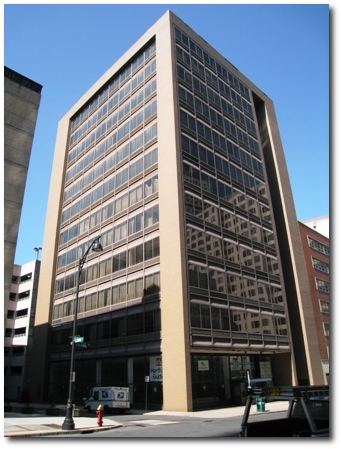 On Monday, September 27th, Hartford Young Professionals and Entrepreneurs (HYPE) is hosting an event focused on Downtown Hartford, and featuring David Panagore, COO and Director of Development Services for the City of Hartford.

Mr. Panagore is a strong advocate for Hartford. He is leading the charge to encourage development in the capital city, and seems comfortable sharing information about projects that are under discussion, but by no means finalized. For example, just last week he was quoted in the Hartford Business Journal as saying the City is once again actively working on redeveloping both 101 and 111 Pearl Street. For much of the first half of 2010 he was prominently involved in the One City, One Plan effort to engage the community in the update of Hartford’s Plan of Conservation and Development.

Before coming to Hartford in late 2008, Mr. Panagore worked for Springfield, MA, and he has additional municipal experience from time in San Jose, Boston, and Chelsea, MA. Urban Compass, a local blog that covers both Hartford and Springfield, interviewed Mr. Panagore back in 2005 (Part 1, Part 2). It also covered the Hartford City Council’s session with Mr. Panagore before he was hired.

The goal of the HYPE event is to keep the session relatively low key, so that we can have an interesting and inclusive conversation about Downtown Hartford – both its current state and its future prospects. Although we’ll definitely get Mr. Panagore’s views on a variety of topics, we’ll also encourage attendees to share their ideas so that we can have a constructive conversation about where Hartford should be going.

If this sounds like it might be interesting to you, HYPE would love to see you there. It is free to both members and non-members, though registration is required, and seating is limited to 25. This is our opportunity to pick the brains of one of our City leaders in a positive and energetic environment.