Single-family contracts totaled 532 in August, a slight decline from July’s total, though an increase over August 2010’s tally – it was a summer month with sporadic activity.

Hurricane Irene passed through the County during the final week of the month, putting most of the real estate market on hold for at least three days, with some areas affected through the end of the month. We don’t know for sure how much of an impact it had, but feel comfortable saying that the number of deals would have been higher without the storm – there were essentially no showings over the storm weekend. 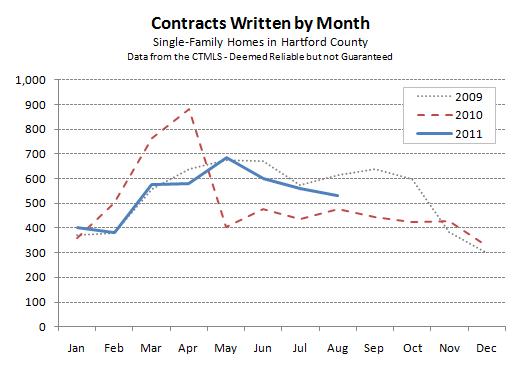 Interest in the real estate market seems to be picking up after the extended period of downtime caused by the storm and holiday on back-to-back weekends. It will be interesting to see how the fall market plays out this year, and ultimately how the year ends. As the chart above shows, the market is about 1.5x as busy during the warm months as it is during the cold months. It’s a noticeable difference, but there are definitely buyers making offers on homes all year.

We’ve mentioned this before, but it’s something worth repeating … buyers have an opportunity to get into homes at prices well off the peak, and with very attractive interest rates. This applies to move-up buyers in addition to first-time buyers. Just give it some thought … we’ll be happy to show you what’s available.

Here’s how the month went for each of the individual towns. 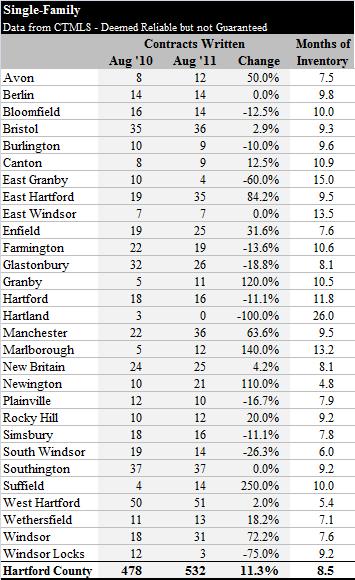