December single-family contracts came in at 357 for Hartford County, which was slightly higher that the number of deals that came together in November. 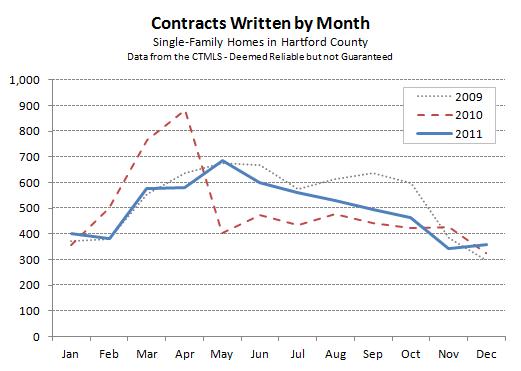 December is traditionally the slowest month of the year, so having it outpace any other month is a bit of a surprise. We think that the usually large snow storm, which was felt through the beginning of November, worked to push some business into the year’s final month.

This December also showed an uptick in activity compared to December of 2010. The number of homes that went under contract this past month is nearly 10% higher than the total from the previous year. It’s difficult to know how much of this observation can also be attributed to the snow storm. Our feeling is that it is not a result that we should read too much meaning into.

Results were well distributed at the town level, though not over as extreme a range as we have seen in previous months. More interesting is that the number of homes actively for sale has come down to about 6.6 months worth of inventory. It was at 7.3 months in the November report, and peaked at 8.8 months in the June report.

Inventory levels should be lower at the beginning of the year. Many sellers take their properties off the market over the holidays so they don’t have to worry about keeping their home in “show condition” and accommodating visits from potential buyers. New listings will begin to come on the market at a steady pace, and the pace will increase as we get through the winter and closer to the traditional spring real estate season.

We’re working on our 2012 real estate predictions, and will hope to have some more analysis of 2011 available in the coming weeks. 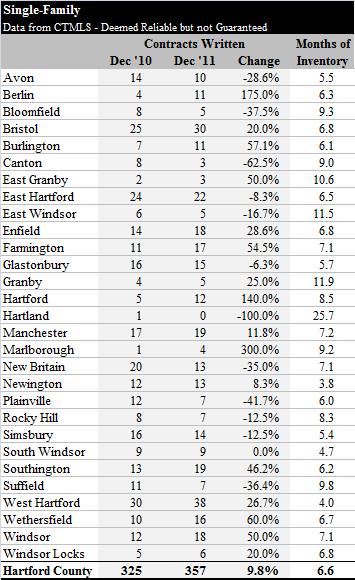