We had a sense that the real estate market was picking up, but numbers are even more impressive than we would have guessed. The number of single-family contracts written in Hartford County was up 50% over February of last year. The pace of deals this year is also ahead of 2010, when there was a first time home buyer tax credit. 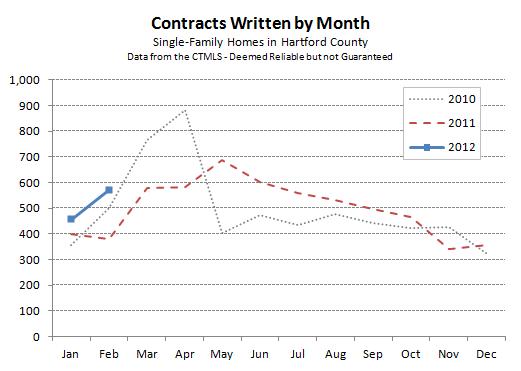 The strong January result is starting to look less like an abnormality. February continued the trend, so perhaps this is a sign that there has been a meaningful shift in the residential real estate environment. The next few months will be interesting to watch to see if the trend continues.

The biggest challenge we see right now is inventory. We are seeing buyers compete for attractive listings, and multiple offer situations seem rather common at the moment. There are not enough interesting new listings coming on the market to meet demand.

The increasing pace of deals has begun to push down the number of homes for sale when it is expressed in terms of months. At the end of January our stats showed the metric at 6.6 months. Now we’re down to 6.4 months. Over six months of inventory is considered a buyer’s market, but we see things as more balanced and in some sub-markets favoring sellers. Many of the listings are homes that have been on the market for an extended period of time. The current set of buyers have evaluated and passed on those homes, so they are inflating the inventory stats without being a serious option for the majority of the buyer pool. 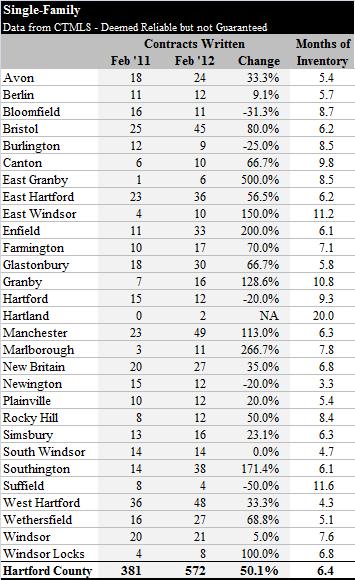