Hartford is in the middle of a budget debate in which City leaders work to close a meaningful gap between revenue and expenses. There are many moving parts to the discussion, and difficult decisions will be made. There is also one real estate related consideration that we want to highlight.

Last June the state legislature passed a law that defines how the City of Hartford’s split property tax system will work for the coming five years. A new provision was added that ties the residential assessment ratio directly to the changes in the inflation-adjusted tax levy. (Here is more information for those interested in background on the property taxes in Hartford) 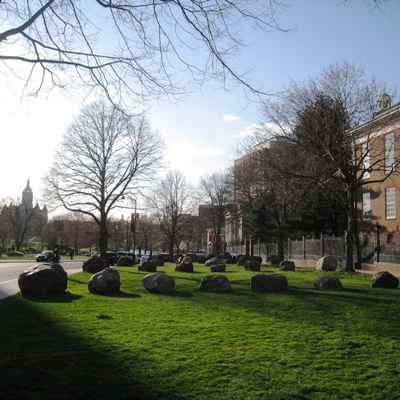 My understanding is that the provision is trying to say that if City spending outpaces inflation, then more of the tax burden will shift to the residential taxpayers. Nobody knows how this provision will play out since it is brand new. We do know that it will not be triggered for the coming tax year – grand list 2011, which runs from July 2012 through June 2013.

With the City facing a $56m budget gap, it seems unlikely that it will be triggered next year either. The budget being put together right now will need to be less than last year’s budget in order to balance. Inflation is almost certainly going to be positive, so City spending will not outpace inflation. However, it is much less clear what will happen for the year after that.

Suppose City leaders aggressively cut the budget for the coming year, which allows tax revenue to also be meaningfully cut. If these cuts are not sustainable, and the City needs to increase revenue next year through higher taxes, then it’s possible that the new provision in the property tax legislation would be triggered, shifting tax burden to residential property owners.

Although we have been following the budget discussion through the media, and attended one of the Council Committee of the Whole budget workshops, we do not have much visibility into expenses in future years. We know that pension contributions are increasing to make up for the meaningful losses that the pension fund experienced during the downturn in the financial markets from 2007 – 2009. Perhaps there are other expected expenses on the horizon that City leaders can plan for.

The most recent Courant article about the budget talks notes that City Council is reluctant to increase the mill rate to offset the decrease in property values identified in revaluation 2011. Presumably, part of their reluctance is to protect homeowners in addition to the perception issues specifically mentioned.

We encourage leaders to keep homeowners in mind as they work through the City’s financial issues. Certainly a smaller budget, and lower accompanying taxes, is a worthy goal that many homeowners would appreciate. However, it may turn out to be more advantageous to gradually reduce the budget and tax levy over the course of multiple years than to make a single dramatic cut.

Dropping the property tax levy too much this year could set the stage for an accelerated shift of the tax burden to homeowners that could have strongly negative consequences in the long run. Especially since the shift would be on top of the scheduled 3.5% increase in residential taxes that is also built into the law.

So are we actually asking for more taxes? Yes and no.

Taxes would (ideally) be flat or down for most homeowners in dollar terms – how much they actually owe for the year beginning in July 2012 – so no, we’re not asking for more taxes. But the mill rate would increase, and we would be taxed at a higher percentage of our property’s value, which means there would be a perception of a tax increase and the accompanying gnashing of teeth.

Hartford’s property tax system is very complicated, with aggressive negotiation between the business community and the residents setting the rules. For the coming five years the rules of the game suggest that a gradual decrease in the City budget is most beneficial for residents. The 3.5% more that residential property owners will pay each year is enough. We don’t need to be piling more tax burden on homeowners due to improperly managed budget gyrations.

Perhaps the City should take a page from big business’s playbook and smooth revenues over the coming years. It would be a win-win since the tax burden would decrease for commercial property owners without shifting the burden to homeowners too quickly.