Last week the Courant reported that the Hartford Safety Complex building on High Street in Downtown Hartford was approaching completion. The project has been been in the news over the years for the wrong reasons, the most noteworthy being that the main facade had to be taken down rather than preserved.

Now that the project is basically done, how did the City and their team do putting it all back together? Does the Public Safety Complex retain the look of the 1891 building?

Here is one of five pictures that we published back in June of 2009. 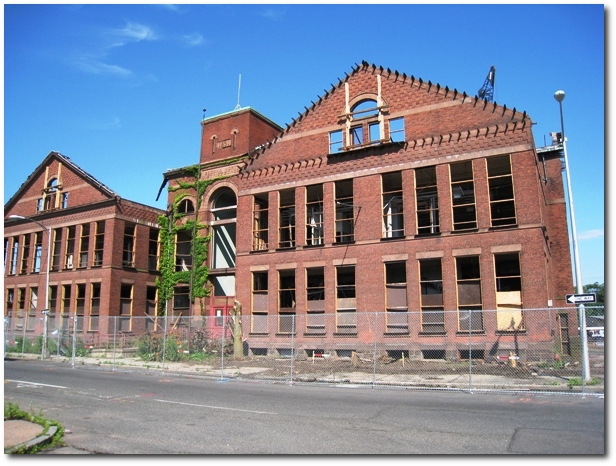 We returned the other day to see how the finished version compares. 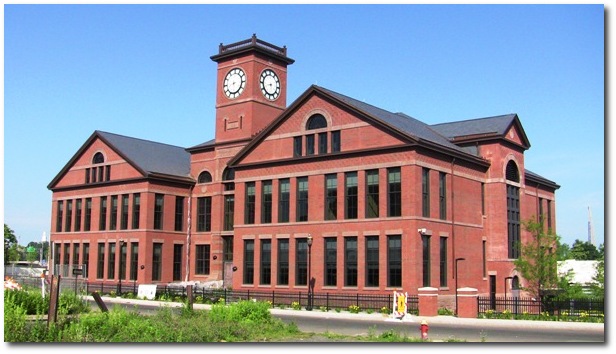 Looking at the two pictures side by side, it’s clear that the architects have gone out of their way to reproduce the original look of the building – the resemblance is striking. Particular attention was paid to using the same style of sills and lintels around the windows. Decorative brickwork, forming a basket weave pattern, was used above the second floor windows and again above the front gable windows.

The only obvious difference is that the bricks are not 121 years old – they don’t have an aged look. But that seems like a minor quibble since the bricks would have been brand new when the structure was first built in 1891. All in all, the finished product is very faithful to the original, and will hopefully serve the community for another 100 years.

What are your thoughts on the exterior of the building now that the project is just about done?