The Hartford County single-family housing market continued its strong spring. Overall, buyers and sellers agreed to 845 deals during the month, which is nearly 15% higher than April of 2012. The year-to-date number of contracts is more than 5% ahead of where it was at this point last year. 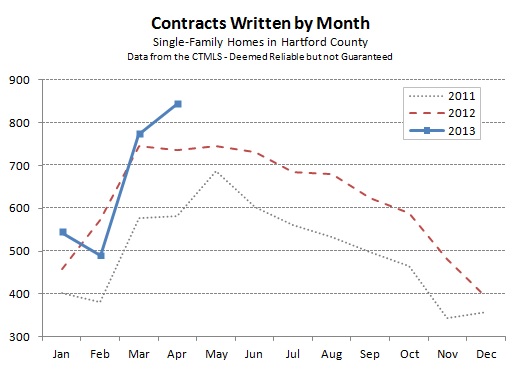 Strong April performance helps support our view that the February result was an aberration. Both March and April finished with higher contract totals than any individual month since April 2010. Long time market observers will recall that the final Federal Home Buyer Tax Credit expired on April 30, 2010, so there was a huge push to get homes under contract that month, followed by the market flat-lining for the rest of the year.

The town by town table shows that inventory levels increased despite all the homes that went under contract. This time of year is the peak activity level, with both new listings appearing and deals coming together at a rapid pace. There continue to be towns with relatively few houses available for buyers, and very quick sales with bidding wars are common. On the other hand, there are also towns with lots of vacant properties and opportunities for buyers to get aggressive. Here are the stats for the individual towns. 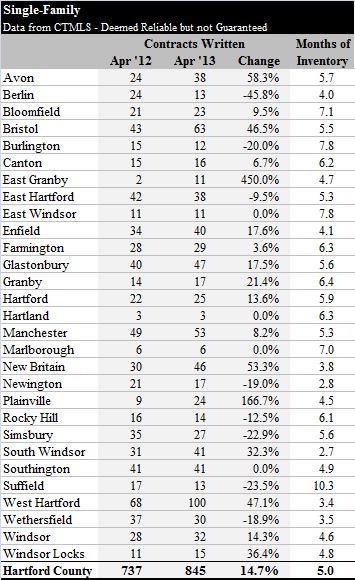