July was an active month in the West Hartford single-family real estate market, but not quite as exciting as June. There were 86 closings in July, which was modestly above the 2012 count, and on a year-to-date basis we are about 12% ahead of 2012 in the total number of closed deals. 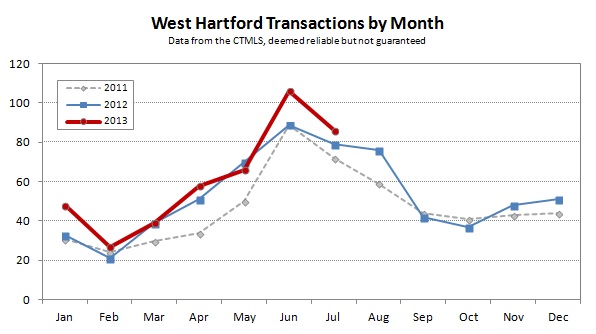 The charts below show that the inventory of active listings in the $200,000s has increased since the June report. This is the most active price band in town, and is just below the median sale price for West Hartford MLS deals – the median price in town was pretty consistently right at $300,000 for 2010, 2011 and 2012.

You can find lots of different types of homes with prices in the $200,000s. There are nicely updated smaller homes in many neighborhoods, medium sized homes in very good condition in a few neighborhoods, homes that are a bit dated, and homes that need a complete overhaul.

It’s not yet clear why inventory is increasing in this price band, especially because there is less available in the $100,000s, the $300,000s and the $400,000s than there had been in June. Our guess is that buyers have slowed down on buying homes that need updating. It also looks like there are a few properties in the price band with quirks that will require waiting for the right buyer.

At upper West Hartford price points, sales activity continues to be taking a slower pace. There are many fewer listings with asking prices of $700,000 and the market dynamics are distinctly different.

Overall, West Hartford has had a strong year in 2013, and it will be interesting to see what kind of fall market develops in the coming months. 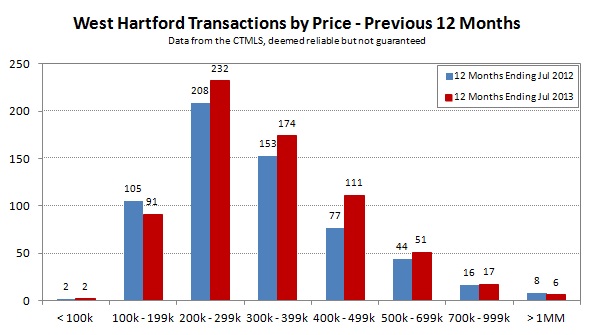 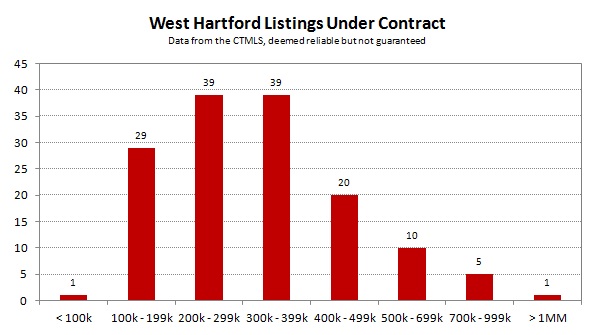 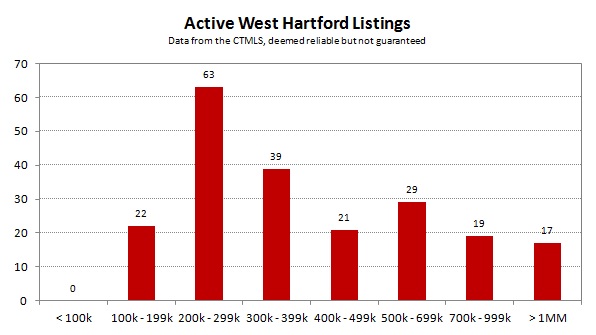