It’s been a few months since we published an update on contract activity, and the local markets were rather active over that time. 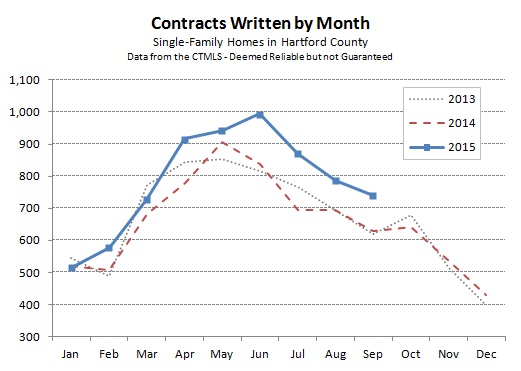 Hartford County finished September with 739 single-family contracts, an increase of about 17% over September of 2014. It was the fourth month in a row of strong outperformance. On a year-to-date basis the County is about 800 deals and 13% ahead of where it was at this point of last year.

Year-over-year outperformance is spread across most of the price bands, with only $1+ million homes showing a decrease in deal count in 2015. However the lower price points, where the vast majority of the County’s deal take place, are the most impressive.

2015 has not been equally good to all the towns in Hartford County. There are two towns in which the year-to-date contract totals are actually down from 2014. Many of the larger towns are showing single digit growth. At the other end of the spectrum, Granby has 54% more activity this year than last year. Its activity increase of +51 contracts puts it in direct competition for biggest jump in deals with much larger County towns. Go Granby! 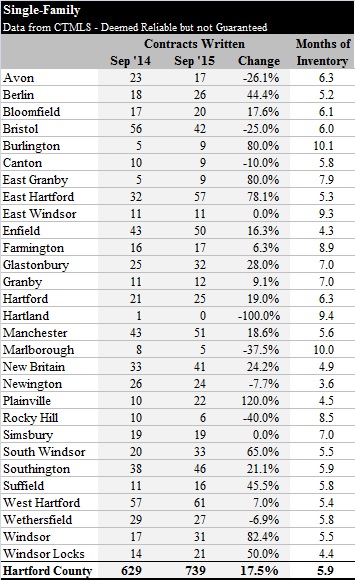