“Close the door” is a time-tested piece of advice.

There’s a strong case to be made in more densely populated areas that it is important to close the door so that strangers don’t come into your place. Not as much of a concern in Vermont, but here in Hartford there are enough curious folks walking around that I could imagine one investigating a door left open with nobody in sight. Maybe not the first time the door was left open, or even most times, but it seems plausible.

I recently learned of a new reason to close the door. It would seem that the door of this building is a primary defense against local wildlife. 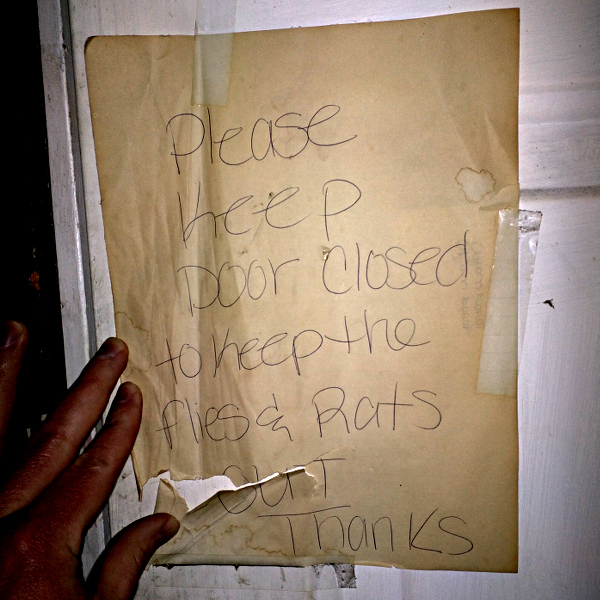 After touring the property, it seemed clear that the home’s defenses had failed. Either the door was left open, against the clear instruction provided by the sign, or the fauna found a different way inside. I heard lots of scratching in the basement ceiling.