Hartford County finished 2018 with a closed deal count in the mid-8,000s for single-family homes for the third year in a row. 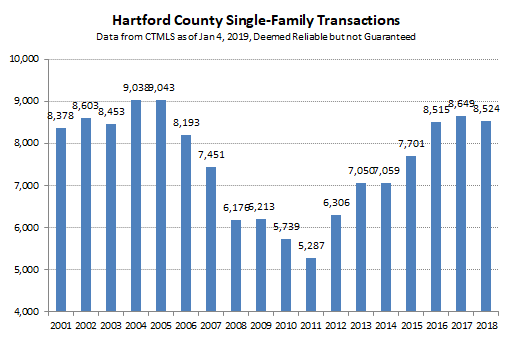 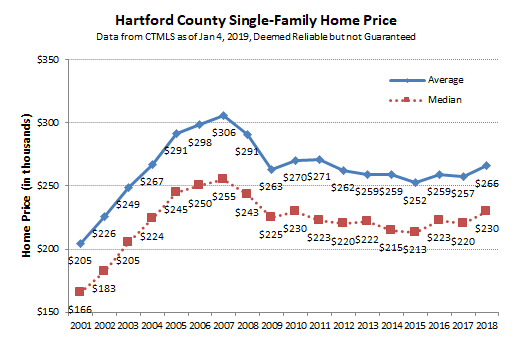 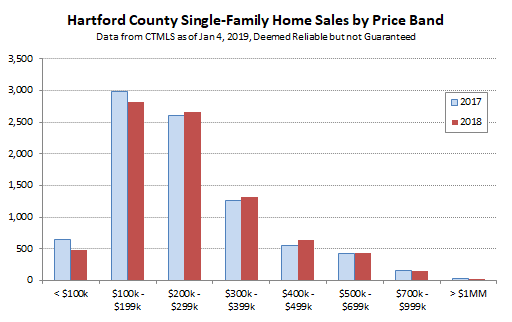 All of these observations are positive for the real estate market. Deal count is holding steady near the high points established in the early 2000s. Prices are rising as measured by both common valuation metrics. The decreasing number of deals at the lower price points are a result of the rising prices – properties moved up into the next price band.

Most interesting is that the market is behaving similarly to the first few years of the 2000s. The data shows stable deal count with upward pressure on prices. Price increases were driven by strength at the low end of the market, which represents the majority of Greater Hartford’s housing stock.