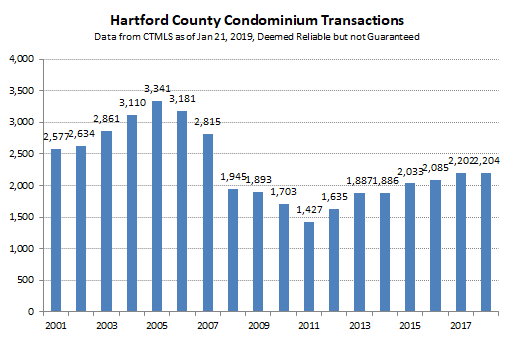 Hartford County condominiums maintained their pace of sales in 2018. The deal count increased by 2 properties from 2017 to finish with a total of 2,204 sales.

The median condo sales price increased by 2% from the previous year, reaching $153,000. The positive direction was the first meaningful step upwards for the median price in a decade.

One of the reasons for the long-term downward trend in the median price is that developers have sold fewer “New Construction” condos in the current decade. The chart below shows that there was a wave of new properties built in the previous decade. Those new units, which represented more than 15% of the total number of deals in 2006, played an important role in pushing up the median price. 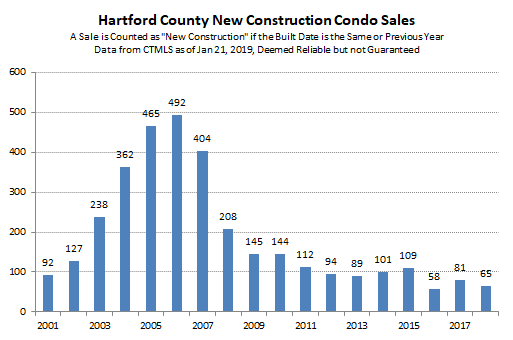 The uptick in median price, and the level deal count, resulted in a reasonably steady distribution of sales by price band. 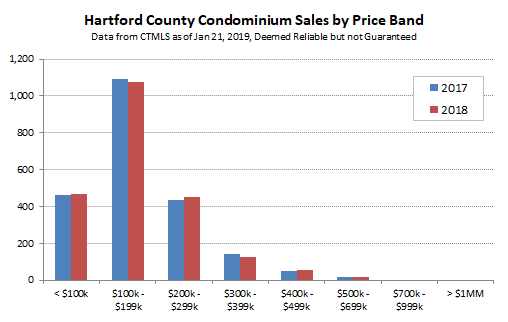 Finally, here is the breakdown of the number of deals and median prices by town. Condominiums are distributed throughout the County, so a number of towns have active condo markets. 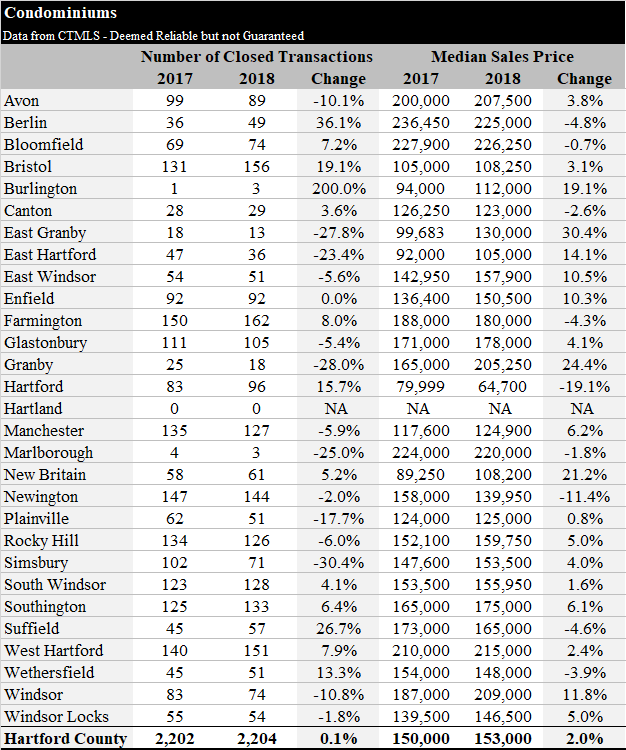 Don’t hesitate to ask us your condominium questions. We’re experienced agents who are active the local condo market. How can we help you?