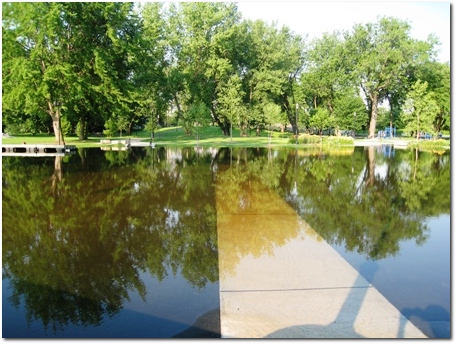 Last week I was looking at a property in the Hartford area with a buyer client. The house had previously been in what was classified as a flood zone, but was recently removed from the FEMA flood hazard map as being an area of concern.

For some background, in 2008, FEMA concluded a nationwide 5-year, $1 billion project creating more accurate, digital flood plain maps. Neighborhood designations throughout the country were changed, including the Hartford area. Many home owners that were previously not in flood zones were having their homes designated as now being in a flood zone. They were required to start carrying flood insurance by their lenders (traditional homeowner’s insurance does not cover flood damage), which typically costs $1,000 or more a year. Needless to say, this made the affected homeowners quite unhappy. They’re now paying at least $1,000 more a year in an additional insurance premium and, seemingly, nothing had changed about their property.

But in the case with the property we were viewing, it had been moved out of the flood zone. My buyer was questioning that decision (by FEMA) though. We could still see the stream that lead to the initial designation of the house being in a flood zone. It was just across the street, in the backyard of the neighbor’s property. What if FEMA changed their mind again and decided to declare the house in a flood zone at some point in the future? My buyer would be stuck with a house in a flood zone. What does that do to resale when they eventually want to move?

If your home is in a flood zone, most likely it is going to take longer to resell than if you had the same home and it was not in a flood zone. Many potential buyers are not going to want to deal with the possibility that their belongings and dwelling could be destroyed or significantly damaged. Even if there is a very small probability of it happening, they don’t want to be included in that small probability. They also don’t want to deal with the additional yearly insurance cost for flood insurance to protect the lender. I’ve shown other flood zone homes to buyers in the past, and in some cases they very much liked the homes, but the flood zone was a complete deal breaker for them. They would not even consider the houses further because of it, no matter how much they liked the floor plans and updates the sellers had done.

My current buyer asked if there was a “discount” that could be applied to the price to compensate for a home being in a flood zone. I honestly couldn’t come up with a number or percentage to apply as a discount, only reiterate the fact that the house would take longer to resell if it indeed was in a flood zone. I did also mention that buyers that were unconcerned about a flood zone designation could use it to their advantage in a negotiation. They could play off the fear factor of the sellers that there wouldn’t be many buyers that would want a house in a flood zone area and try to get them to a lower price. Hence, a discount, but not really quantifiable in each specific case.