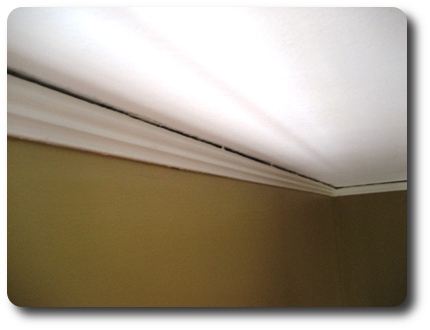 Older homes often have noticeable gaps between the top of the molding and the ceiling. Sort of like what you can see here.

Fortunately, the people that built the older homes devised an alternative strategy for hanging decorations – picture molding. Making holes in plaster is not ideal. Instead, a rail of molding is mounted on the wall so that pictures and other decorations can be hung, and moved, with ease. The molding is pretty strong, supporting either single larger items, or multiple smaller items. Here is an example of 3 photos hung together. 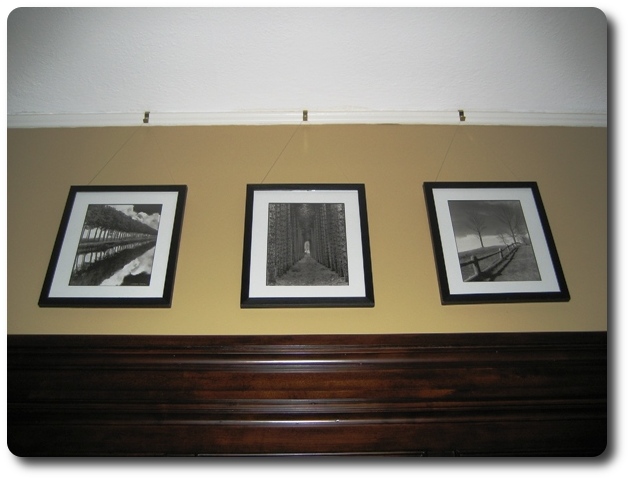 Picture molding can also be used in conjunction with crown molding, as can be seen here. 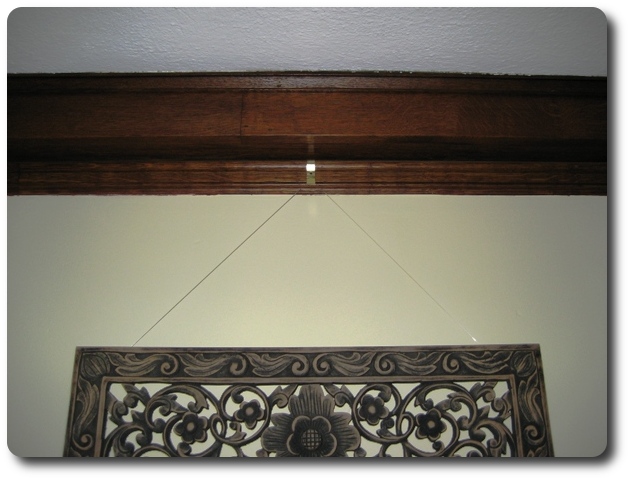 Many people that buy older homes, especially if it is their first, don’t know that there is a solution to the decoration hanging problem already in place. They attribute the cracks near the ceiling to an older home settling, and they hang their pictures using nails or picture hangers directly in the wall just like they always have.

Hooks to use with picture molding (Picture Molding Hooks) are available at most hardware stores and on the internet; we have bought them at Home Depot, Pfau’s, and Lowe’s in Greater Hartford. They are intended to be used with wire, which is also widely available. As you can see in the pictures, Kyle prefers to use high-strength fishing line, so that is also an option.

The other day I was working with an appraiser who commented on the picture molding at a home. He said he knew a homeowner who was on their 36th tube of caulking as they tried to repair the cracks between the “crown molding” and the ceiling. Ugh…