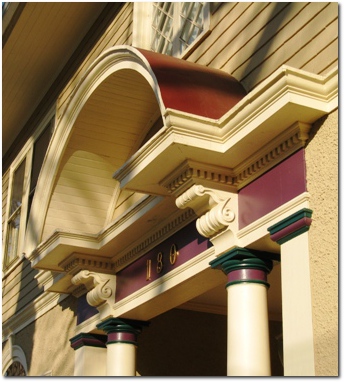 We are refinancing our home. Again. For the third time in eight years of ownership. Does that tell you anything about what mortgage rates have been doing? Dropping, dropping, dropping. Oh yeah, and also that we have no intention of moving.

In 2004 we started with a 30-year fixed rate mortgage. In 2005 we refinanced to another 30-year mortgage because we originally had a NINJA loan (No Income, No Job or Asset- hey, we were relocating here and starting jobs later that year in 2004, don’t judge!) so the rate was higher because we were higher risk. Then in 2010 we decided to refinance to a 15-year mortgage and dropped our interest rate another 1.5% and lopped off about $100,000 in interest we’d need to pay over the life of the loan. Now, one and a half years later, we are refinancing again. This time to a 10-year mortgage, dropping our rate about 7/8ths of a percent and getting rid of another $25,000 in interest. Can you see that I am not a fan of debt and want this burden relieved as soon as possible?

Part of the refinance process is the appraisal. Our refinance appraisal will not be an issue because we have a lot of equity in our home. But I can’t seem to get over the fact that I want the appraisal value to come in as high as possible. Maybe it’s the listing agent in me. Maybe I just want to hear a magically high number so I can point at it and yell “Woot!” Friends are starting to take bets on where it will come in.

So I have to save some face here. And get to work. The appraiser is coming on Friday. Tomorrow. That means staging. And cleaning. And presenting the appraiser with comps that I feel are most relevant. Maybe I’m going beyond what most refinance people would do. Maybe I’m a bit crazy. I don’t care. I’ve got to win the appraised value pool.

One thought on “The Appraiser is Coming!”