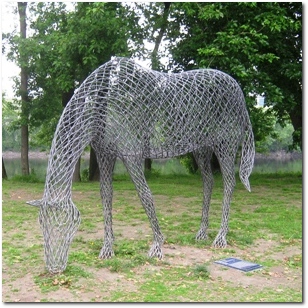 Warning: What follows is a long, dry, stat-heavy summary without much original commentary or insight. It’s here because putting this together helped me think through the subject better. Proceed at your own risk. Hopefully at least one other person will find it interesting…

I came across an article a while back that I’m still trying to wrap my head around. It’s a wide-ranging piece on the Bloomberg site called Private Equity Has Too Much Money To Spend On Homes. The author/editors include quotes from a huge range of people, and the narrative bounces around to all different points of view. It’s a dizzying collection of factoids and thoughts that covers a market we have very little visibility to here in Greater Hartford.

The overriding theme is that investors have raised a lot of money to buy and operate distressed single-family homes as rentals, but so far they have not been able to acquire many properties at all. Below I’ve reorganized the points to first focus on the supply and then the demand side of the equation.

Supply of new distressed homes has been down in recent years, and is controlled by a limited number of mortgage lenders and government entities.

Fannie Mae is reviewing final bids on the bulk sale of 2,490 properties. A couple paragraphs later the author cites a Guggenheim Securities LLC note that said future REO-to-rental bulk sales by Fannie Mae and Freddie Mac may be delayed to “monitor the properties in the pilot program.”

Fannie Mae’s bulk sales will be based on regional pools – Atlanta, Chicago, three regions of Florida, Las Vegas, Southern California, and Phoenix. Pools will either be sold outright or used for joint ventures with Fannie Mae. 85% of the homes have rental tenants. Buyers will face restrictions on resales to prevent flipping and flooding a market. A March filing showed that Fannie owned 114,157 foreclosed homes and that 8% of them had tenants.

Bank of America is avoiding bulk sales with their REO inventory, preferring to approve short sales, sell properties through real estate agents or auction them off individually.

Foreclosure processing – the taking of homes – has not yet recovered after the robo-signing issue and related settlement.

Short sales are increasing, and RealtyTrac expects them to exceed the number of REO sales in the second quarter of 2012.

CoreLogic reports that there are 1.6 million homes that are either owned by banks and not yet for sale, or are more than 90 days delinquent on their mortgage. They refer to this as shadow inventory.

PIMCO (Pacific Investment Management Co) believes that 6 million homes will be lost through a distressed sale in the next five years, and that will create demand for 4 million new rental units. By their calculations, $6 billion spend on foreclosures, at an average price of $150,000, only equals 40,000 homes. So the opportunity is much larger than $6 billion.

On the other side of the equation, there are many different groups hoping to buy and rent single-family homes in the United States. Here is what they are seeing in this market.

Investors have committed at least $6.4 billion to this investment theme. A managing director in the real estate investment banking group of Jeffries Group Inc. is quoted as saying “less than $2 billion of institutional capital has been spent.”

A company called PropertyAccess currently manages about 10,000 single-family rentals for banks and investors, and is expecting to be able to buy 500 to 1,000 per month by the fourth quarter. The gentleman quoted from that firm thinks the ability to buy these types of properties is more of a challenge than the ability to operate them.

Private Equity firm Colony Capital hopes to buy $1.5 billion worth of single-family houses by April 2013, and believes the operation of the properties is more of a challenge than the acquisition. The gentleman quoted estimated that 7.5 million homes with a market value of $1 trillion will be lost to foreclosure by 2016.

Investors at Carrington Capital Management LLC, who received a $450 million commitment from an Oaktree opportunistic fund, believe the primary challenge is finding homes to buy.

GTIS Partners, another investment firm, hopes to buy $1 billion worth of single-family houses by 2016, but prefers not to buy in bulk. Their chairman is quoted as saying “if you buy by the pound, I think you’ll underperform” since you haven’t done your due diligence on the individual properties and will end up with a lot of junk.

Delavaco Properties Inc, an owner/operator that is planning to go public, focuses on single-family homes that generate a stable rental income. They own 450 homes and also like to be selective in their purchases.

The Phoenix area was specifically mentioned a couple of times, with the point being that investor demand for distressed home is outpacing supply.

Landsmith LP sold 75 homes they had previously bought in the Phoenix area for about 3.4x their purchase price. (KB: No information was provided about how much they spent improving the properties) They are now looking to other markets that are earlier in the foreclosure cycle.

American Residential Properties, Inc., a REIT that is planning to go public in 2013, also sees the Phoenix market as more competitive.

Finally, it was noted that real estate agents hate the idea of foreclosed homes selling in bulk. One reason is that brokers feel the buyer market is deep enough to absorb the coming inventory. Additionally, the Chairman of brokerage firm Realogy was quoted as saying that large-scale foreclosure sales “would put further downward pressure on home prices, take away local investment opportunities, and enrich Wall Street investment funds.” The author concludes by noting that real estate agents do not receive commissions for the bulk sales.

Since this article was published, Fannie Mae has put out this press release about the next step in their REO program.

Now that I’ve sorted through all that information…

There aren’t enough distressed situations in Greater Hartford to warrant bulk sales of repossessed homes. There are a handful of agents who seem to have relationships with the banks and government organizations and they handle all the REO sales. The rest of us – the vast majority of local real estate agents – work directly with owner/sellers who are not in distress. There are short sales periodically, but they are not overwhelming the system either.

A billion dollars is a lot of money. For example it would be almost enough to buy all of the single-family houses in the City of Hartford (about 7,100 of them), which the Assessor valued at $1.12 billion as of October 1, 2012 in the most recent revaluation. If another billion-ish dollars were laying around it could be used to buy all the two-family and three-family properties in the City (another 6,300 total), which were valued at $1.11 billion.

Six million homes (or 7.5 million) lost to distress is an even larger number. So they’re saying that nationally the problem is about 1,000 times worse than if every single-family home in the City of Hartford were lost to foreclosure.

According to this recent housing survey on census.gov, there are about 79.7 million detached single-family homes in the country and 125.5 million residential units in total. So somewhere between 5% and 10% of them are going to be lost, with much higher concentrations in some areas.

What does this mean for Connecticut real estate and for Greater Hartford in particular? Are we late to the foreclosure party, or was the housing boom and bust so tame in this area that we’re going to miss the mass foreclosures entirely?