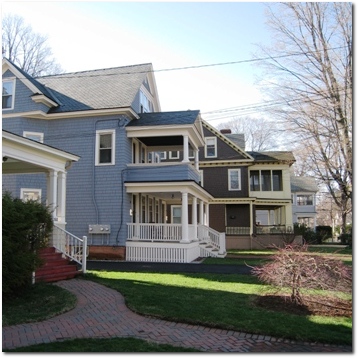 The attitudes and habits of Generation Y will determine the future of the American real estate market (and most other areas of our economy). They have different feelings and priorities when it comes to housing than previous generations. Members of Gen Y have been particularly hard hit by the choppy economic conditions that have dominated since the early 2000s.

The Atlantic recently published a piece called The Cheapest Generation and the subtitle “Why Millennials aren’t buying cars or houses, and what that means for the economy.”

One of the readers left a comment that summarized the setup for the article in two sentences. “Millennials have low job prospects and no money and therefore can’t afford to buy anything. And oh yeah, there’s that whole thing about crushing student debt since we all need a higher education to get a job but higher education is obscenely expensive.”

Which leads to the big question … if the financial position of Gen Y improves, will that group of Americans show more interest in buying homes (and other stuff)?

My opinion on Gen Y is that they are just being pushed to do things later in life when compared to earlier generations. I’m on the Gen X/Gen Y cusp, although I probably relate more to the Gen X generation. I, and many of my friends and work peers, got married and purchased a home in my late 20s. Then we had kids. For Gen Y I see these “life events” happening in their early to mid-30s. Some of it is the economy, some of it is their desire to travel and settle down later in life. I don’t think people give up the desire to “nest” in most cases, so eventually they will buy houses. Maybe a little later in life and maybe they favor smaller houses.

And maybe what we define as a house changes. I recently had someone ask me why people don’t buy multi-families in the West End and turn each unit into a condo, much like they would in Boston. I didn’t have a good answer for them. That seems like it would have appeal, even in the current market. As the Gen Y generation decides to buy, maybe we need to create a different product for them.

Suppose the article’s hypothesis is correct, that there will be a permanent shift in buying attitudes and trends. What would that mean for the Greater Hartford real estate market?

The article notes Gen Y’s preference for walkable, mixed use, environments over traditional auto-dependent suburbs. We’ve observed those preferences in our business too. So when Millenials are able to get their own place (rent or own), they seem likely to be more attracted to somewhere like West Hartford, or even Hartford, than to the region’s more rural suburbs.

Owner occupied multi-family homes may be a nice fit for the Gen-Y buyer who isn’t opposed to owning and maintaining a property. Two and three family homes are widely available in Hartford and other urban towns. But they require cash for a downpayment and repairs/upgrades so once again it’s going to be difficult for a Millenial to get into the market right now.

Renting makes a lot more sense in a falling home price environment than a rising price environment. If home prices and rents are rising, then a homeowner has locked in the majority of their monthly payment while a renter sees their monthly payment rise each year as their landlord increases to the new market rental rate. Millenials are smart, and I think they’ll be more interested in buying if the recent house price trend isn’t an extended decline.

That’s what we think – essentially that members of Gen Y are likely to buy if the economic environment changes, and that they’re more attracted to mixed use environments than older generations. What do all of you think? What are you seeing among the Millenials that you know?