The Asylum Hill neighborhood doesn’t get as much attention as some other areas in Hartford. For those not familiar with the city, Asylum Hill is a Hershey Kiss shaped neighborhood bounded by the streets of Sargeant on the north, Woodland to the west and I84 to the east and south. 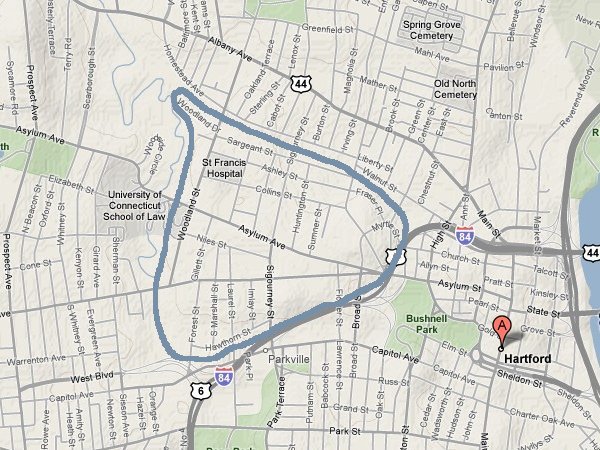 Having riden the bus down either Farmington Avenue or Asylum Avenue nearly every day over the past four years, I’ve gradually realized that Asylum Hill is perhaps the only neighborhood in Greater Hartford in which a resident could legitimately survive without a car.

First and foremost Asylum Hill has plenty of easily accessible job opportunities, with major employers like The Hartford, Aetna, St. Francis Hospital, and the Connecticut Culinary Institute all within walking distance. Beyond those institutions, there are numerous small businesses lining the two major streets. Folks willing to ride the bus can get to downtown, West Hartford Center, Westfarms Mall or the CIGNA campus in Bloomfield without needing to transfer. 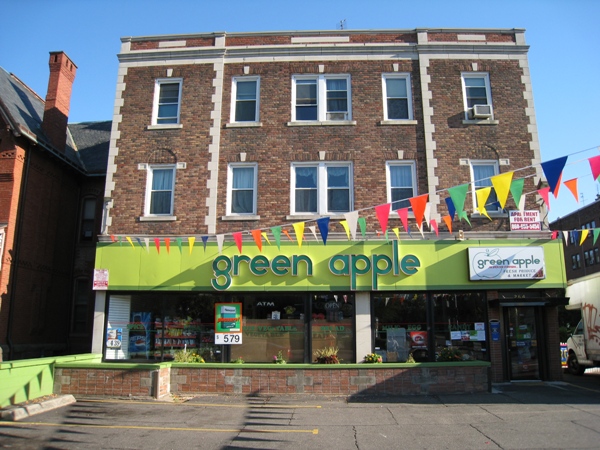 The second critical factor is that residents can shop for the supplies they need on a day-to-day basis. With the opening of the Green Apple market on Farmington, residents are now able to get fresh fruits and veggies on a consistent and reliable basis. Other small markets and convenience stores are scattered throughout the neighborhood. There are a number of other eateries and specialty shops on Farmington, and even a few fast food options. Household items may be more difficult to come by, requiring a half-hour bus ride out to the Westfarms area. Perhaps this is the time to mention that the neighborhood is very centrally located in the region, with excellent highway access. So convincing a friend with a car to take a quick trip to wherever should not be a problem. 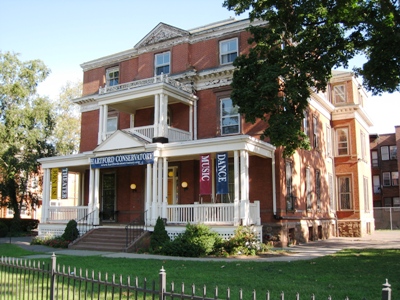 The neighborhood also has an impressive collection of cultural and community institutions. The Mark Twain House, Harriet Beecher Stowe Center, and Children’s Theater are all clustered on Farmington, with the Hartford Conservatory on Asylum. A number of churches, some of the most beautiful in the city, have prominent positions in the neighborhood. The recently renovated Hartford Public High School serves as a focal point in the community, and there is are a number of community gardens tucked in empty lots. 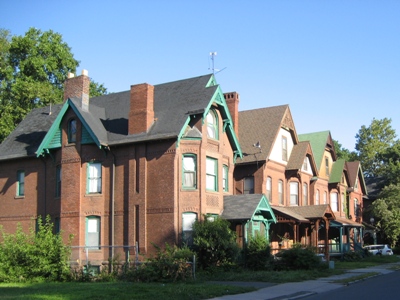 Finally, there are a wide variety of residential options. Many of the housing choices are either apartment or condo units in multifamily structures. Much has been made of the very visible and recently halted project that David Nyberg is doing on and around Imlay Street, and there appears to be other renovations underway elsewhere in the neighborhood. The northern part of the neighborhood has more single and multi family properties, though there are also plenty of options in larger buildings.

Asylum Hill is a complete urban neighborhood with jobs, retail, culture/entertainment and housing together in a walkable community. It’s time they got the recognition they deserve for being the best available option for the auto-free (or auto-light) lifestyle in Greater Hartford.