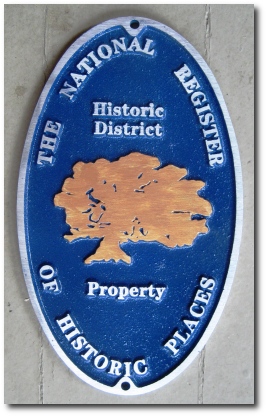 Homes in the West End have seen multiple generations come and go. They have been the backdrop for many stories as the neighborhood evolved through different historical eras. Some of the properties have been passed down within a family for multiple generations. Others have been converted from one use to another, like turning a large single family home in to a rooming house. Basic information about former owners can be found at the City Clerk’s office, but the ownership history does not tell the most interesting stories.

Fortunately, sharing stories is very common in the West End – almost rising to the level of the local pastime. Everyone seems to refer to homes by the name of the first owner they met, and is more than happy to share their memories. Because many current residents grew up in the West End, homeowners can often learn the history of their property simply by mingling at a neighborhood picnic or block party. And when homes are listed for sale, it is not uncommon for previous owners to come back to see how their old place looks.

One of the former residents of the home that the Kleins and Winkleys are saving is following the project’s progress. Donna Dargie, her parents, and four siblings moved in to the home to help care for her aging grandparents in the late 1950s. Donna grew up at the property and reports some of her memories of the home and neighborhood in her complete note, which can be seen in the comments section of the initial post in this series. Jan & David Klein, the couple that initiated the effort to save the home, were very excited to have an opportunity to learn more about both the project property and their own home next door. They reached out to Donna, sharing some of their memories, and in typical West End fashion received even more information in return.

Houses can tell a story with their design and with the changes that have been made over time. The West End is old enough for the architecture alone to capture the imagination, but the homes and stories become much more interesting when viewed in conjunction with their owners. It’s the relationship between the two that creates the history that makes neighborhoods like the West End such wonderful places to live.

Continue on to the next installment, Project Round-Up.