Based on the number of contracts written in April, we’re having a late spring this year. April finished with slightly more deals than March 2011, and 34% fewer deals in the year-over-year comparison. 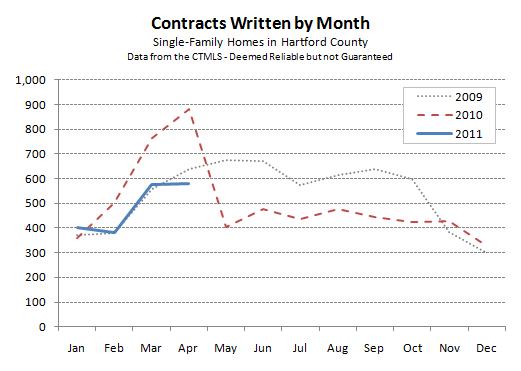 Where are all the buyers? After quickly falling off the 2010 trend line, we’ve also now fallen below 2009’s activity level. Maybe it’s no longer cool to buy houses. Too bad though, there are lots of interesting homeownership opportunities.

That being said, we have seen an increase in activity since the Easter weekend, so perhaps people are just taking their time to search for homes this year. Guess we’ll find out when the May numbers are available.

Below is the April activity by town. Keep in mind that April 30, 2010 was the drop-dead date for buyers hoping to capture the federal tax buyer’s credit to negotiate contracts. Comparing this year to last year is not terribly meaningful because of the distortion from the credit, so don’t get too wrapped up in the decrease. Next month we’ll dramatically outperform May 2010 in a similarly unmeaningful manner. 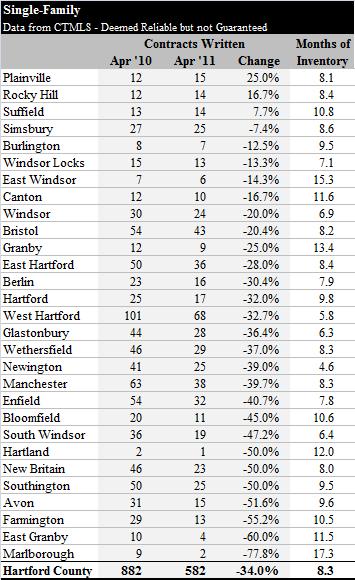