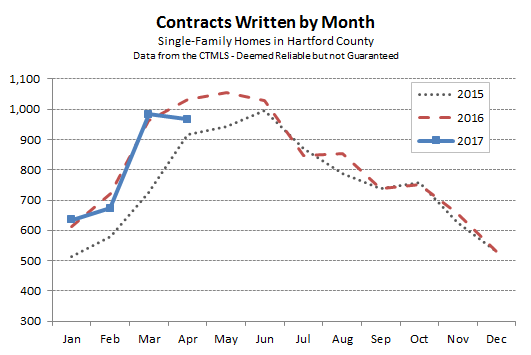 Hartford County finished April 2017 with 967 single-family contacts. The total was a 6% decrease from April 2016, putting the County about 2% behind last year on a year-to-date basis.

April was a miss. It was a surprising decline in market activity from the March 2017 total. Deal counts are usually highest in April, May, and June. March is also generally an indicator as to how the spring will go. How did March get it so wrong? 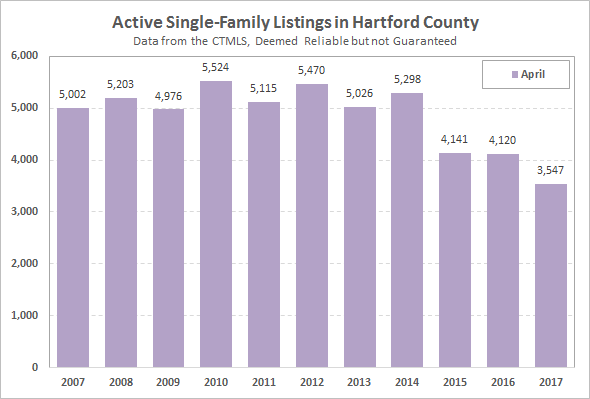 The low supply is also visible in the inventory calculation included in the table below. At the current pace of sales, it would only take 3.3 months for buyers to put all the active listings under contract. A “seller’s market” is generally defined as being 3 months of inventory or less, so Hartford County is quite close to that threshold. Twelve individual towns have a inventory of 3.0 months or less.

We don’t have an answer to the big question … why are there so many fewer listings this spring?

One hypothesis is that owners of starter homes are content to stick with their smaller spaces rather than moving up to larger homes. Another hypothesis is that rising interest rates are trapping homeowners in their current properties since higher financing costs make their next home less affordable. A third possibility is that homeowners are being squeezed financially on other fronts (higher costs for taxes, healthcare, utilites, food, etc.), encouraging them to stick with their current housing option.

At this point we just don’t know, though we keep an eye out for articles, studies, and surveys that investigate this question.

Despite the decrease in the number of deals in April, Hartford County real estate markets are doing well. It’s possible that we will see price appreciation in the lower price bands, which have the largest mismatch between supply and demand. 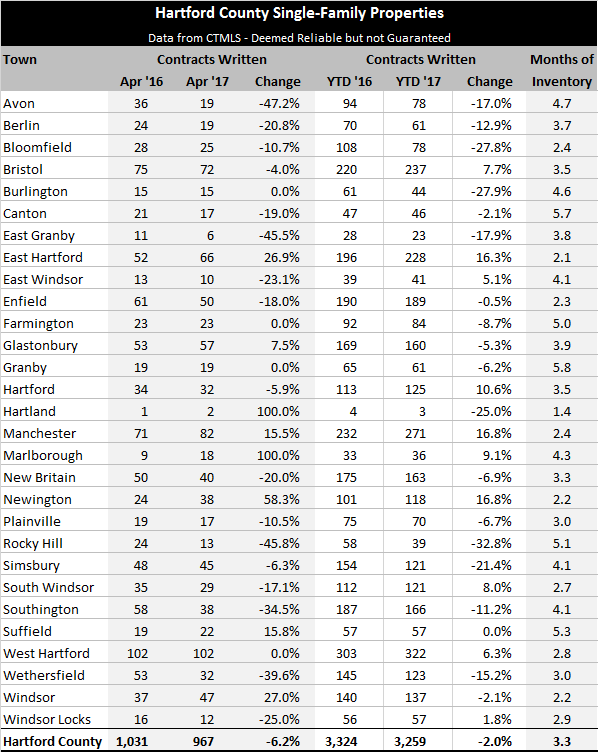