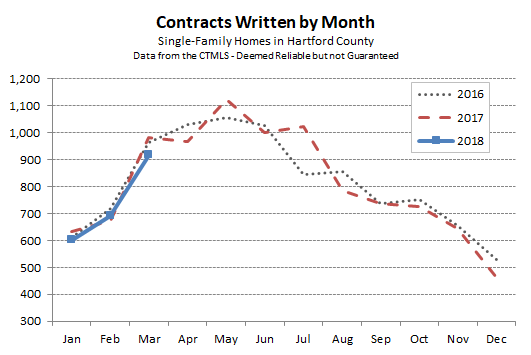 The Hartford County single-family market finished March with 919 contracts signed, which represented a nice step up from the February total as the market moved into the prime spring selling season. The monthly total was more than 6% behind the unusually active March 2017 count, and on a year-to-date basis the County is about 3.5% behind the 2017 deal pace.

The March total shows that 2018 is progressing nicely. Hartford County has basically maintained the pace of the past two years, which were both very active for real estate deals.

Inventory levels continue to be quite low. At the current pace of deals it would take buyers about 2.8 months to put all the available homes in the County under contract. That’s a guide rather than a rule, unfortunately, as the supply and demand dynamics vary widely between towns, and even between price points within each town.

This is the time of the year when properties tend to move quickly. If you’re in the market looking to buy, then be sure to have your financing in order and pay attention to new listings as they pop up. Owners considering a sale need to decide if this is the year, and get their home on the market quickly if they want to go for it. This is about as favorable an environment as we’ve seen in a while, and nobody knows how long it will last.

Feel free to reach out, we’re happy to advise. 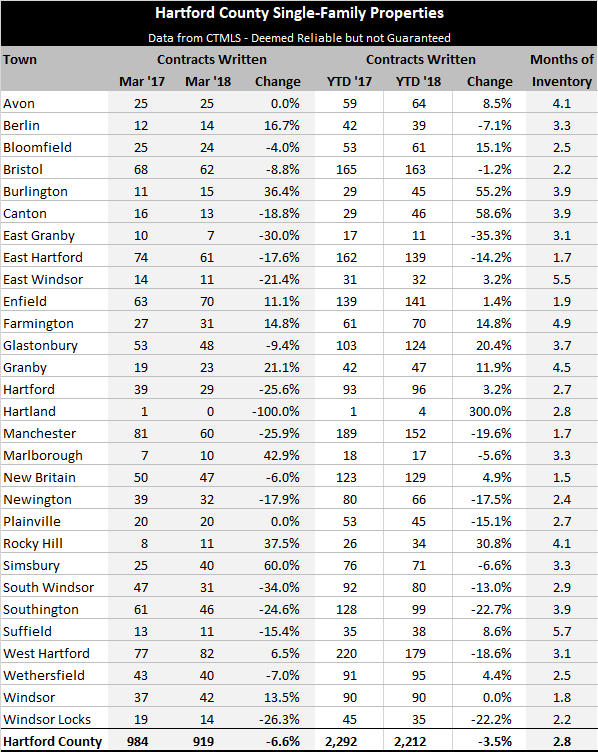