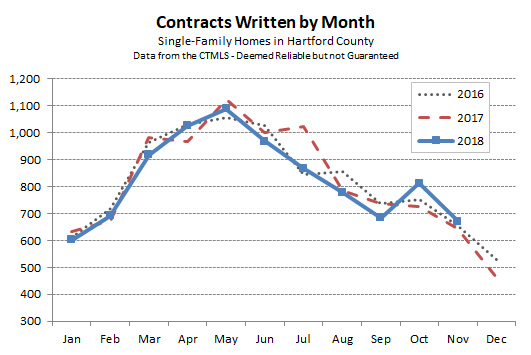 November exhibited the typical 4th quarter decline in activity, but outperformed November of 2017 by 4%. There were 672 single-family home contracts in Greater Hartford during the month, a number that was comparable to the September 2018 result.

As we approach the year end, the chart at the top has basically finalized its shape. The months of June, July, August, and September feel out of line. It’s not that we’re questioning the data, rather we’re observing that those four months do not smoothly connect the May and October data points like they do in some years.

The reasons behind the abrupt market change are, unfortunately, not a mystery that we are likely to solve. We neither predicted the change, nor were able to explain it as it happened. Even now, a few months removed, hindsight has not provided any additional information. No single factor has emerged as the defining narrative for the summer months. As always, we prefer to acknowledge the uncertainty and factor it into our thinking rather than pretend to be able to explain it.

Even though the year isn’t quite over, we’ve begun the planning process for 2019. We’re looking forward to another active year in the real estate markets.

How can we help you with your real estate goals? 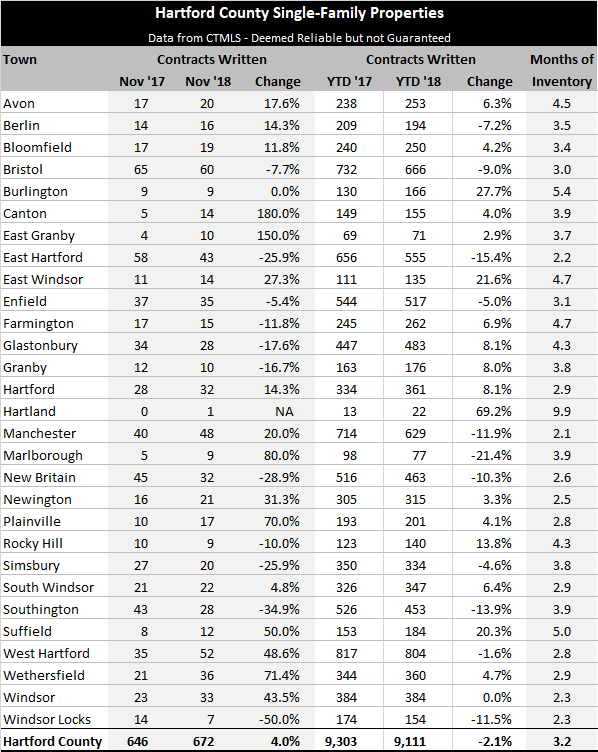