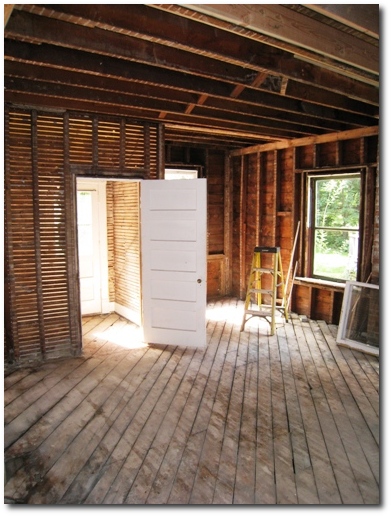 The November 2009 issue of Remodeling Magazine included the 22nd edition of their annual report about the financial impact of various home improvement projects. They look at both midrange and upscale projects, and hit on all the major renovations, calculating the percentage of the cost that could be recovered in a sale. Data is broken down by region and even by major cities within a region. I was excited to discover that Hartford is one of the cities profiled, meaning that the data is specific to our area. Check out the complete list of projects and paybacks for Greater Hartford on the Cost vs Value Website.

There is lots of interesting data – here are some observations after poking around the various reports:

– Most projects allow homeowners to recoup between 60% and 80% of their cost. Basically this is saying that it is not appropriate to think about renovations as “investments” since they will rarely increase the value of a home by more than the cost of the project. Sellers sometimes think that they should recover at least 100% of the value of recent projects. Every situation is different, so in some cases that may be true, but in general remodeling projects do not “pay for themselves” except when the owner’s enjoyment of the finished work is factored in.

– Most of the projects with higher payback percentages are structural renovations that have little opportunity to customize. For example, siding and window replacements rank highly. On the other hand, projects that are often very specific to the owners bring a lower payback. Examples here include a sunroom addition or a home office renovation.

– At the national level, payback amounts for most projects have decreased since last year. However in the New England region paybacks have actually increased for most projects, though the report doesn’t try to explain why this might be true. Perhaps the data simply reflects the fact that the housing stock in New England is older than in other parts of the country so renovations are more important here.

– Payback amounts are generally higher in the Hartford metro area than in the New England region, which are in turn higher than the national averages. Renovation projects are apparently very cost effective in our area – good news for us! Three projects return an average of more than 100% in Greater Hartford (siding replacement, converting attic space to a bedroom, and replacing the front door).

Check out the full report to see the specifics for any projects that you’re considering. The key message that the study sends is that each dollar spent on the average remodeling project translates into less than a dollar of increased value for your home. That being said, the payback for every project is going to be different. It will be based on the needs of your home and specific decisions made within the project.

2 thoughts on “Remodeling Cost versus Value”