The UConn Foundation has bought a single-family home on Hartford’s Scarborough Street for UConn President Susan Herbst to use as both a part-time residence and for entertaining. 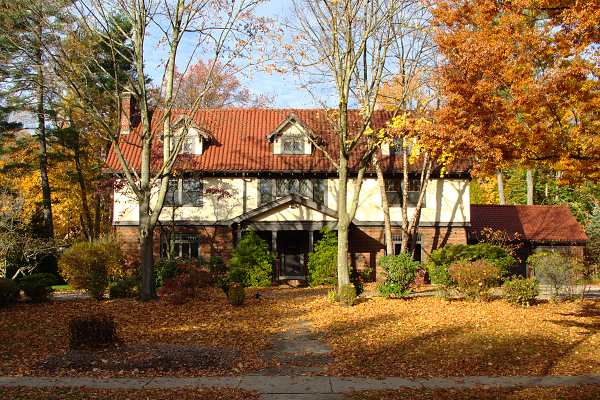 Jon Lender’s reporting on the sale for the Hartford Courant has provided more details about how the UConn Foundation plans to use the property. UConn Foundation President Josh Newton makes it clear that the point of buying the house is to accelerate UConn Foundation fundraising efforts by specifically focusing on high-end donors. Mr. Lender reports that, “The way he [Mr. Newton] sees it, Herbst may stay in the Hartford house a half-dozen nights a month. She may hold a dinner party before a UConn basketball game or some other event at one of the school’s Hartford-area facilities, or she may stay there when she has business at the state Capitol or one of UConn’s Hartford-area campuses.”

The announcement has set off a flurry of conversations that are all headed in different directions. One issue is particularly interesting to us, the future property taxes.

The UConn Foundation is a tax-exempt entity, so one concern is that the City will lose out on tax revenue. City records show that the property has been assigned a “Market Value” of $724,800 and is scheduled to pay $15,722.80 in property taxes during the current fiscal year, so that’s the baseline annual value of the home to Hartford.

The State pays municipalities something called PILOT (Payment in lieu of taxes) for certain types of properties to help make up for lost revenue. If the UConn Foundation is considered part of UConn, then the state is supposed to pay 45% of the theoretical tax bill. At a recent meeting of the Hartford Property Tax Task Force it was noted that the legislature has only funded the PILOT program at about 45% at a statewide level. In total, the City would expect to collect about 45% * 45% = 20% of what is “owed.”

There is one extra twist in how Hartford would calculate what is owed. While researching a different property, we learned that it is the practice of the City to mark all tax-exempt properties at a 70% assessment ratio independent of their actual use. Readers may recall that the City has a split assessment ratio system, so 70% is a major increase from the typical residential assessment.

Once the property formally transitions from a privately owned residence to a State owned parcel subject to the PILOT program, we estimate that the City revenue associated with the home will decrease by about $8,000. The State’s PILOT program will prevent revenue from going all the way to zero, but PILOT will not make up the entire difference.

6 thoughts on “UConn on Scarborough”