The fall market that we were expecting to see, and then wrote off when it didn’t turn up, magically appeared in October. There were 678 contracts written during the month, which is a 15% increase over October of 2012 and a meaningful step up in activity from last month. 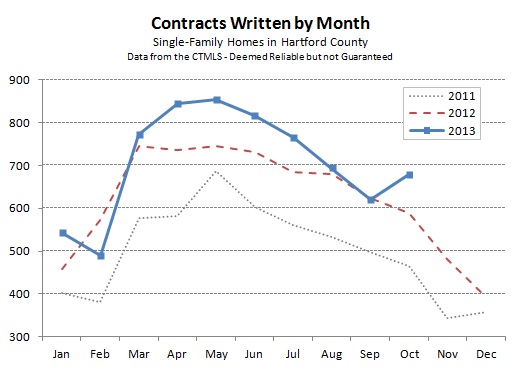 Contract data at the individual town level continued to bounce around. Bloomfield and Bristol had big reversals of fortune from the September report, showing just how inconsistent small sample sizes can be. In addition to those two towns, Glastonbury, Manchester, New Britain, Suffield and West Hartford all had double-digit increases in the number of contracts that came together in the year-over-year comparisons.

What will November bring? This is typically the month when there is a sharp decline in contracts as buyers and sellers turn their attention to the holidays. Will the October excitement spill over into November? And this year Thanksgiving is very late in the month – will that mean a smaller decline? 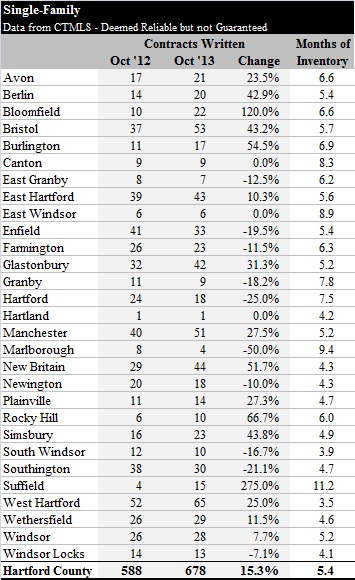