In June of 2013 the City established a Task Force “for the purpose of examining and analyzing Hartford’s property tax system, and making recommendations for State legislation to rectify imbalances resulting from the system.”
We follow the City’s property tax system closely, and the Task Force’s recently released final report makes this a good opportunity to quickly review Hartford’s current tax situation, analyze the recommendations of the Task Force and share our thoughts. 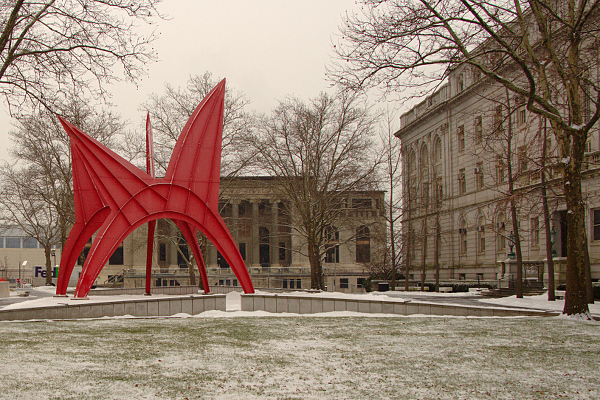 Hartford’s property taxes are calculated differently than those of all other Connecticut municipalities. Special legislation at the state level allows the City to assess taxes at different rates to different property classes. The effect is to shift a portion of the property tax burden away from residential property owners (condos, single-family, two-family and three-family) and towards commercial property owners. Owners of larger residential buildings (four or more apartment units) are currently seeing their protections quickly phased out. Shifting of the tax burden to protect residential owners has been occurring in one form or another for over 30 years.

The Task Force was a small group containing community members who are knowledgeable about the issues, and who have previously worked together to create and guide the City’s tax structure. They met weekly beginning in the fall to study the issue and debate potential solutions. Their report notes that the City needs to grow its Grand List (increase its taxable property), but that the high mill rate and the high percentage of tax-exempt property are impediments to achieving that goal.

The Task Force tried to identify strategies to reduce the mill rate, which would hopefully encourage private development of taxable property, without dramatically increasing the tax burden on the residential class of property owners. The primary recommendation is to slowly phase out the protection that the residential class receives.

Our reading is that they are proposing a 30 year process to equalize the assessment ratios across all property types. This strategy is a modification of the legislation that the City is already operating under. There is currently a mechanism for phasing out a portion of the residential protection each year that is triggered by increases in the City budget. However, the calculation is very complicated and the timeline is open-ended. Debate about the current law motivated the business community to promote clarifying legislation during recent sessions. The Task Force’s proposal would simplify the calculation, providing clarity and certainty to the phase out.

The report makes a number of additional recommendations targeted at some of the property owner groups within the City. For example, they propose allowing tax fixing agreements to help smaller apartment and commercial properties, and allowing monthly tax payments for both small commercial taxpayers and elderly taxpayers.

There are also recommendations that attempt to address tax delinquency and tax avoidance. The Task Force encourages legislation that would allow the City to look further back in trying to collect overdue vehicle and business property taxes, and enable the City to withhold state tax refunds to compensate for back taxes. One recommendation that doesn’t require legislative action at the state level is to more vigorously identify residents who register their cars elsewhere.

Finally, and importantly, the Task Force recommends that the City work with other stakeholders in the region to look for additional opportunities. They mention other City Task Forces, past and present, and regional initiatives that started at the state level.

What Does it Mean for Homeowners?

There is nothing in the Tax Force’s recommendations that radically change the environment for homeowners. We feel that their main proposal, a 30 year phase out of the protected tax status of residential property owners, is best understood as a clarification of the rules we are currently using.

The underlying hope in following this strategy is that the economy will improve over time so that the mill rate can decrease organically. If the economy doesn’t improve, if there isn’t new private investment in the City, then this strategy will gradually raise residential property taxes over time. Either way, it is unlikely that homeowners will see their tax burden skyrocket over a short period of time, which has historically been the concern when state legislation is discussed.

The other recommendations of the task force seem like they are either ideas about how the City could enhance the tax process or help individual taxpayers manage their tax burdens more effectively. They are all reasonable ideas, and worth discussing, though some seem more practical than others. The Task Force did a nice job bringing forward both a concrete proposal on the phase out and numerous other ideas for discussion.

It’s difficult to know how successful the Task Force was in identifying opportunities to reduce the mill rate. The report does not attempt to quantify the impact of their various suggestions, either individually or in total. Additionally, the property tax only contributed about 33% of the City’s total revenue for the year ending June 30, 2012 (the most recent year for which audited financial statements are available). The Task Force points out that there are important factors on the expense side of the equation, showing that they understand that their scope is limited.

Our biggest concern with this plan is that it requires fiscal discipline on the part of the futures mayors and the members of the City Council. The slow phase out of the tax protection for residential owners will likely cause overall property tax revenue to increase slightly each year. City leaders will then have to decide if they want to use that additional revenue to incrementally reduce the mill rate, or spend the money. Without long-term thinking, collective discipline and an explicit focus on City expenses, it is easy to imagine the municipal government growing instead of the mill rate falling.

We have learned that the Hartford City Council will convene a Committee of the Whole meeting on Tuesday, February 4th, 2014 to discuss Hartford’s legislative agenda for the upcoming state legislative session. The meeting will be held at 6:30 in Council Chambers at 550 Main Street. We cannot find any mention of the meeting on the City’s website, but believe that the Tax Task Force Recommendations will be a primary topic of discussion.