John Scobie, of Center Development Corporation, spoke to the Park Road Business Association this morning about his firm’s plans for the Sisters of Saint Joseph property on the southwest corner of Park Road and Prospect Avenue in West Hartford.

Center Development hopes to build a 320 unit apartment community that will be called Arcadia Crossing. The existing 185,000 sqft structure would receive a 308,000 sqft addition to connect the southern end of the existing wings, and wrap around the eastern end of the chapel. 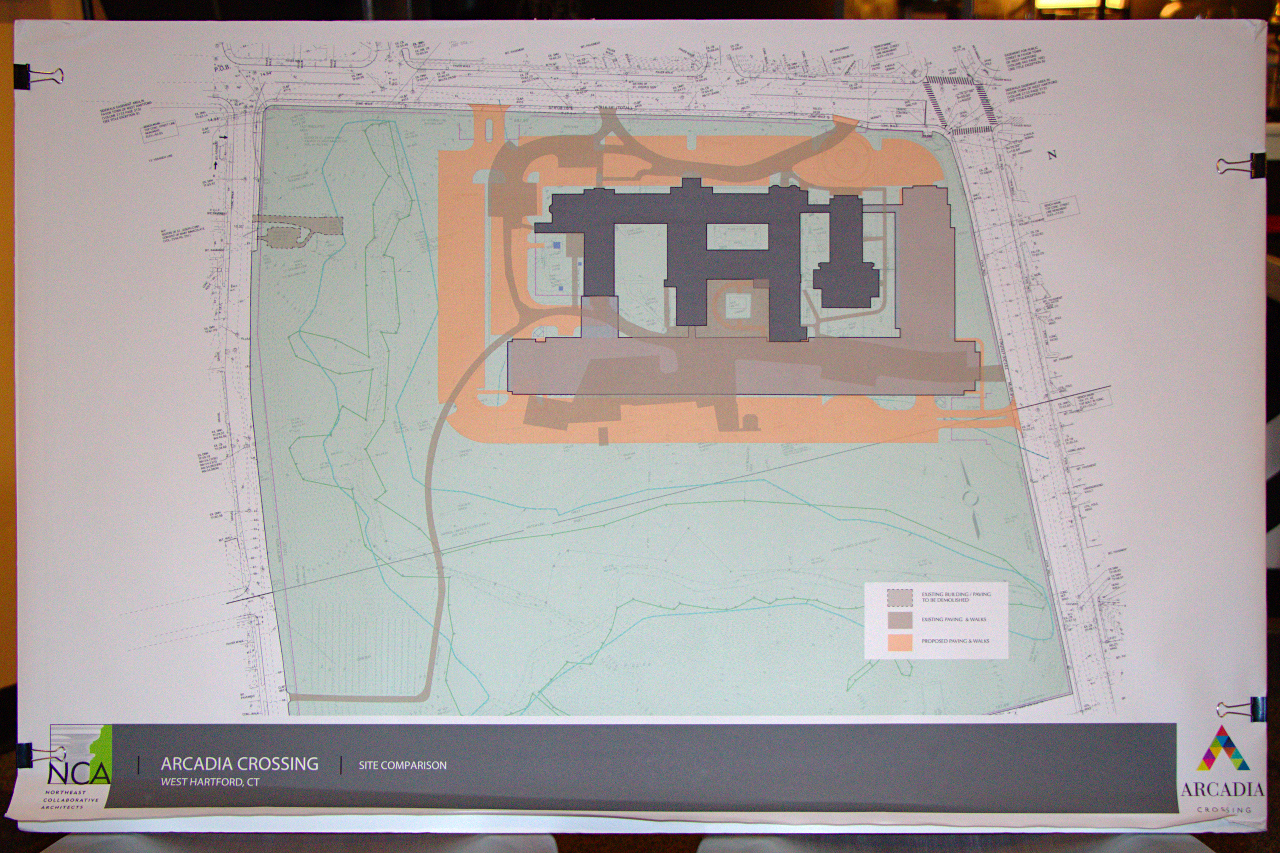 One of the unique features of the development is that the Sisters of Saint Joseph will remain on the site. The property will be legally structured as a condominium community, but with only two units. One unit will be the residences for the Sister in the west wing of the building. The other unit will be the 320 apartments and associated common spaces that will be managed by Center Development.

Scobie highlighted two other constraints that were a point of emphasis in the design phase. Center Development wanted to maximize the amount of open space on the property, and has 14 acres of it in the current proposal. They also wanted to minimize the visual impact of the addition. The southern wing will not be visible from Park Road, and they have broken up the exterior design so that the façade is architecturally varied when viewed from Prospect Avenue.

The current proposal calls for 549 parking spaces for the apartment residents (plus more for the Sisters). A two level parking garage will form the base of the southern addition, and will accommodate 295 cars. The remaining 254 spots will be surface parking.

Scobie said that Center Development plans to pursue the necessary zoning permits soon. They hope to begin construction in the fall of 2015 and be ready for occupancy in the spring of 2017.