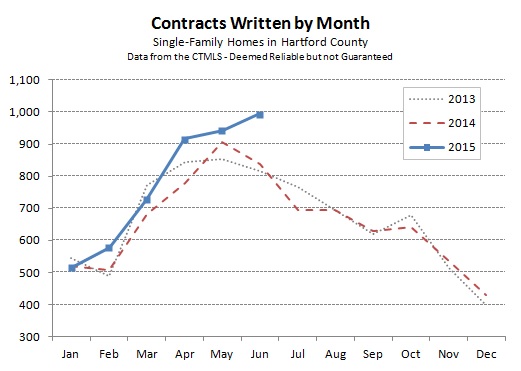 Hartford County had 994 single-family deals come together during the month of June. The total represented an 18% increase over June 2014, and a 5% increase over May of 2015.

Last month we titled our May Contracts post “Peak Spring,” which was proven dramatically incorrect. Numerous towns throughout the county outperformed in June, while very few towns showed meaningful drops in activity compared to June of last year.

On a year-to-date basis, most of the increase in activity was in the $100,000s and the $200,000s. Those two price bands represented 63% of the total contracts so far this year, meaning what those are the buyers and sellers that drive the overall market.

The number of distressed sales remained in line with previous analysis. So far in 2015 about 15% of the contracts have been for properties advertised in the CTMLS as either bank-owned or as short sales.

Inventory levels continued to vary by price band. The overall level of about 6 months is pretty accurate for homes that have asking prices in the $200,000s. 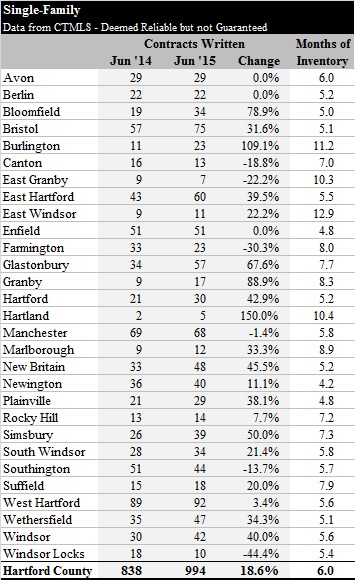