The Hartford County single-family market finished December with 529 contracts, an increase of 23% over the 429 observed in December of 2014. 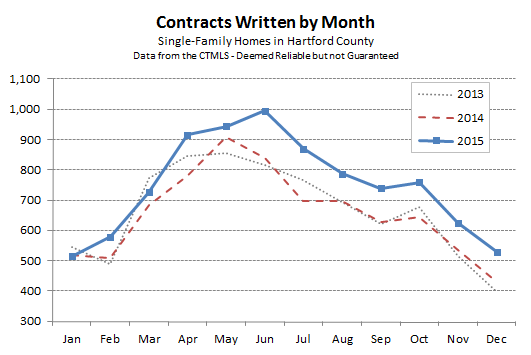 For the full year there were 8.980 total contracts, which was an increase of 14% over 2014. The above chart shows that 2015 outperformed every month of 2014 except January. In general, the first quarter got off to a bit of a slow start because of the regular snow storms.

The weather was more favorable to the real estate market at the end of the year. November and December were especially mild, and although things did slow down a bit in the final months of the year, both were much busier than previous years.

We will publish a more detailed full year review in the coming week(s) based on 2015 closed sales. Year end is the one time when we think it is useful to use data to look at pricing trends. Since that’s the main question people ask us, it will be nice to have some recent data to supplement our anecdotal feel for the market.

Inventory is down right now due to sellers pulling their homes off the market for the holidays. However, we expect things to pick up quickly since we’re seeing a surprising amount of activity from both buyers and sellers. Seems like people are interested in real estate at the moment, so the markets may get an early start if the weather cooperates. 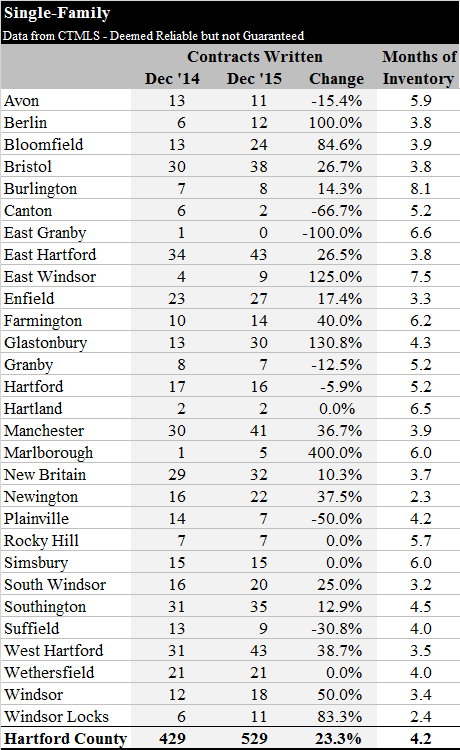