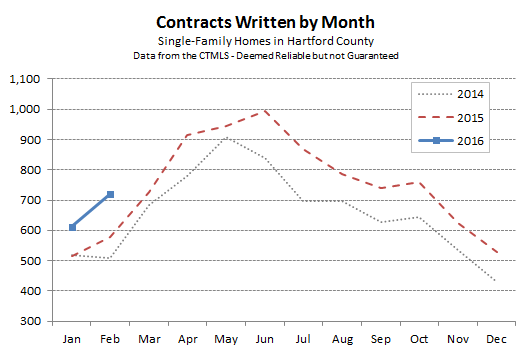 February 2016 strongly outperformed 2015 in terms of Hartford County single-family contracts. There was a 24% jump in activity versus the prior year, putting the year-to-date tally at nearly 22% ahead of 2015.

Last month we noted that the mild January weather may have played a role in the real estate market’s strong start. Cold weather arrived almost immediately after we pushed published that story, yet the lower temperatures did not discourage buyers. Pleasant weather is never going to hurt the real estate market, but it doesn’t seem to be driving it either.

Just about all the price points we track have experienced gains in contract activity in 2016. The one exception is the set of properties with asking prices of less than $100,000. There have been 2% fewer contracts on those homes. During 2015, 60% of the homes that went under contract with an asking price of less than $100,000 were bank-owned. The decrease in contracts for properties in this price band could be a sign that the price floor on bank-owned homes is rising. 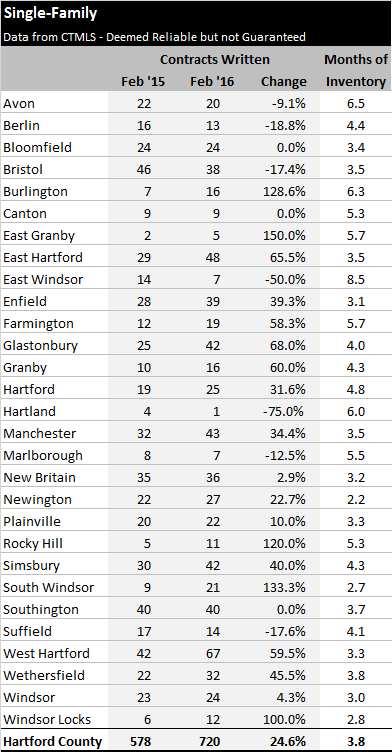