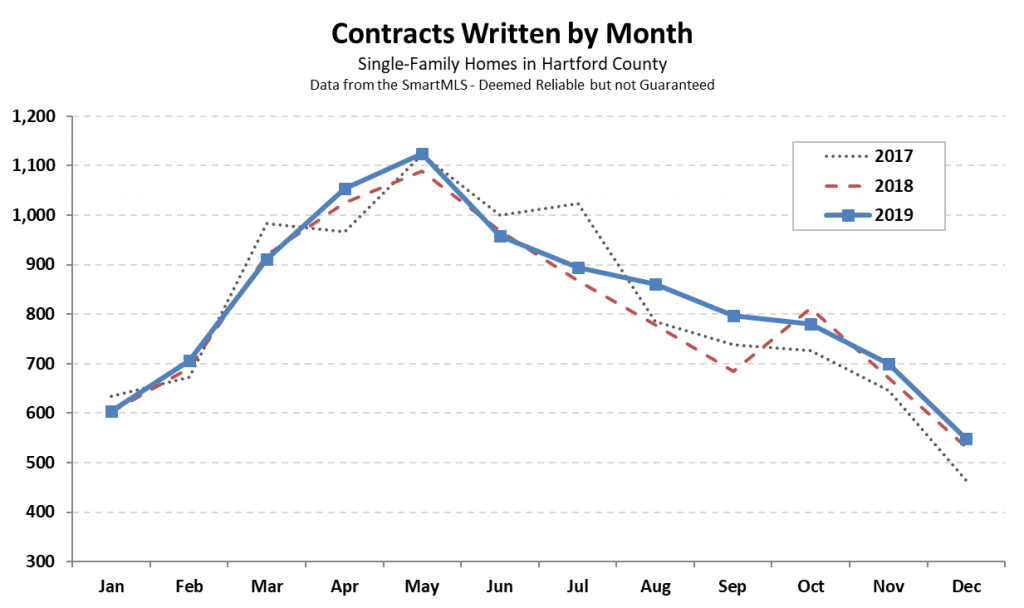 The 2019 real estate market finished with a strong December, and with 3% more contracts overall than 2018. The full year total was the highest we have recorded (since 2009), though within a few percent of the final tally from each of 2016-2019.

The $300,000s price band also performed well, with 8% more deals than in the prior year. This could also be attributed to rising prices, but our experience in the field suggested that different factors were at work. What we saw during the year was that homes at this price point maintained their values with little appreciation or depreciation.

Inventory levels at the beginning of January are not all that useful, so we won’t dwell on them here. This is traditionally the low point of the market in terms of active listings. Sellers who didn’t find a buyer in 2019 will regroup and look forward to 2020, and new sellers will look to put their homes on the market as well.

Have a wonderful year, and don’t hesitate to reach out with your real estate questions! 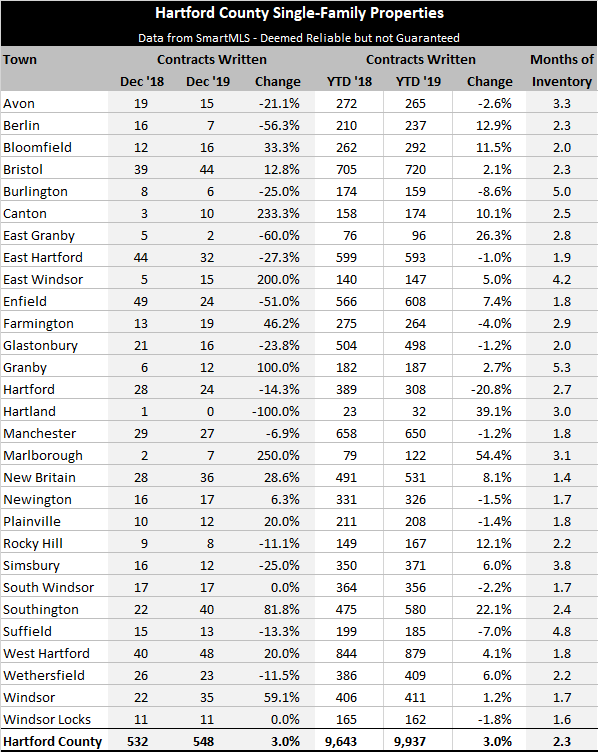