The number of single-family homes that closed for more than the asking price remained quite high in the first quarter of the year. Looking at the quarterly trend since the beginning of 2019 clearly shows that the current market is behaving differently from the very active market that was observed in 2019. 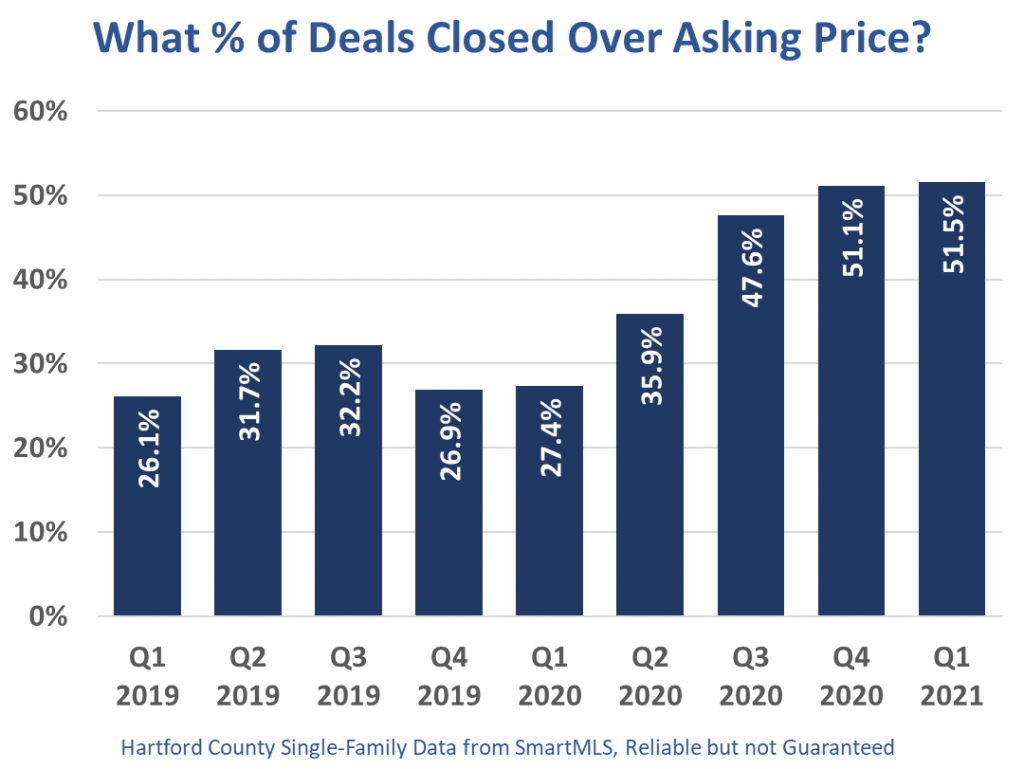 Over half of the Q1 deals closed for more than asking, even with sellers factoring the stronger market into the asking price. This suggests continued appreciation above the price gains that Hartford County experienced in 2020.

Despite the generally higher asking prices, the winning bids in situations where a home sold for over asking still increased in Q1 compared to the prior quarters. It stepped up to a median premium of 3.6% over asking, which is more evidence that prices continue to rise. 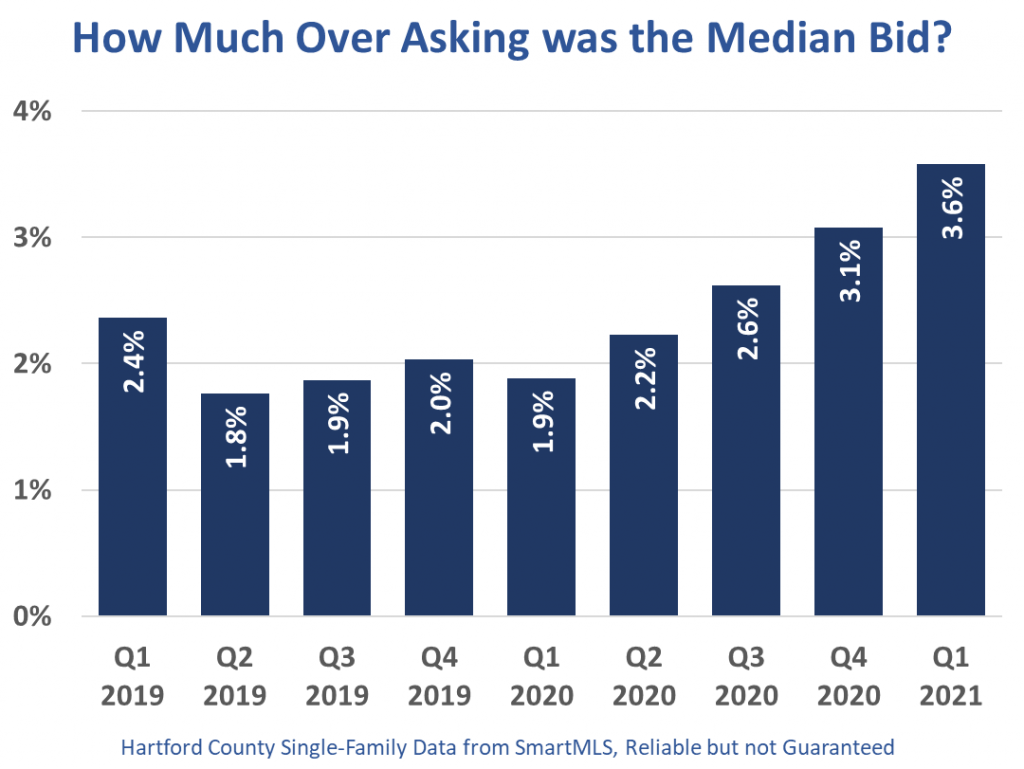 Keep in mind that the chart above shows the median winning bid. Some buyers had to pay a much higher premium over asking in order to win a property. Agents love to tell stories about really strong losing offers, and from that anecdotal evidence we can assure you that it is a very competitive market right now.

Plotting the individual deals based on the asking price and the premium gives a sense of how unreliable the asking price is as an indication of value in the current market. 51.5% of deals selling for over asking means that there are more examples of properties closing above the horizontal 100% line in this chart than below (selling at 100% of asking means there was neither a premium or a discount for that buyer). 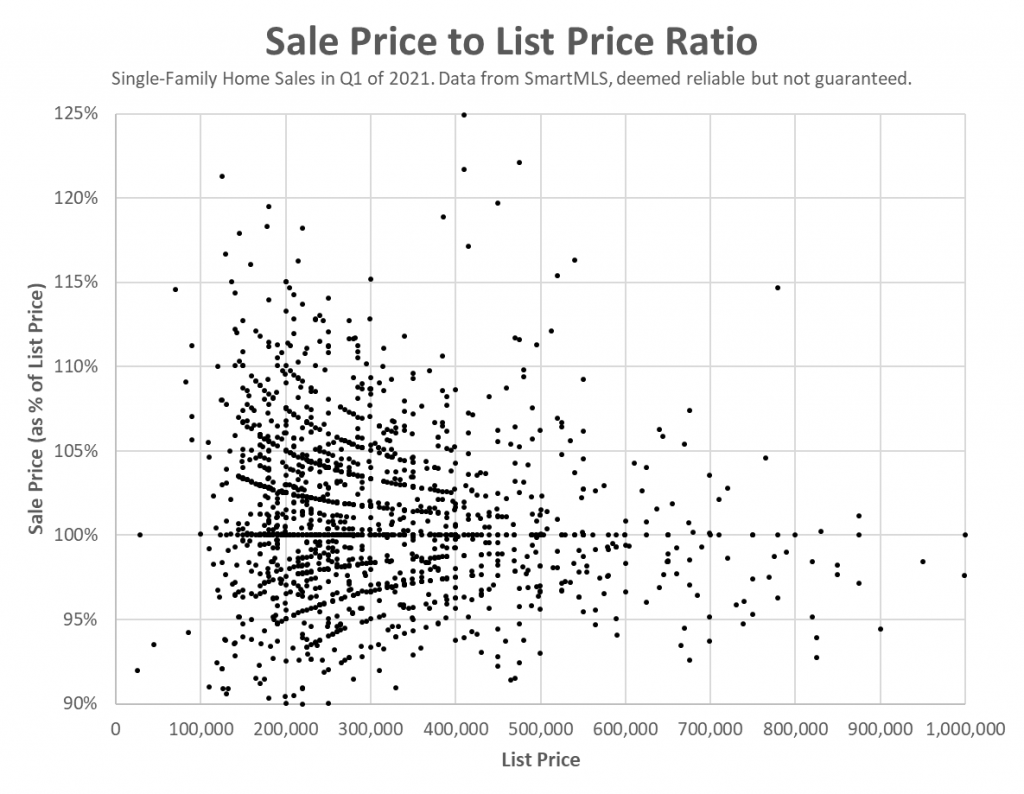 Homeowners need to decide if they want to capitalize on a valuable opportunity. Buyers need to be strategic in the face of strong competition. We are ready to help both navigate the market … definitely reach out if you have questions. 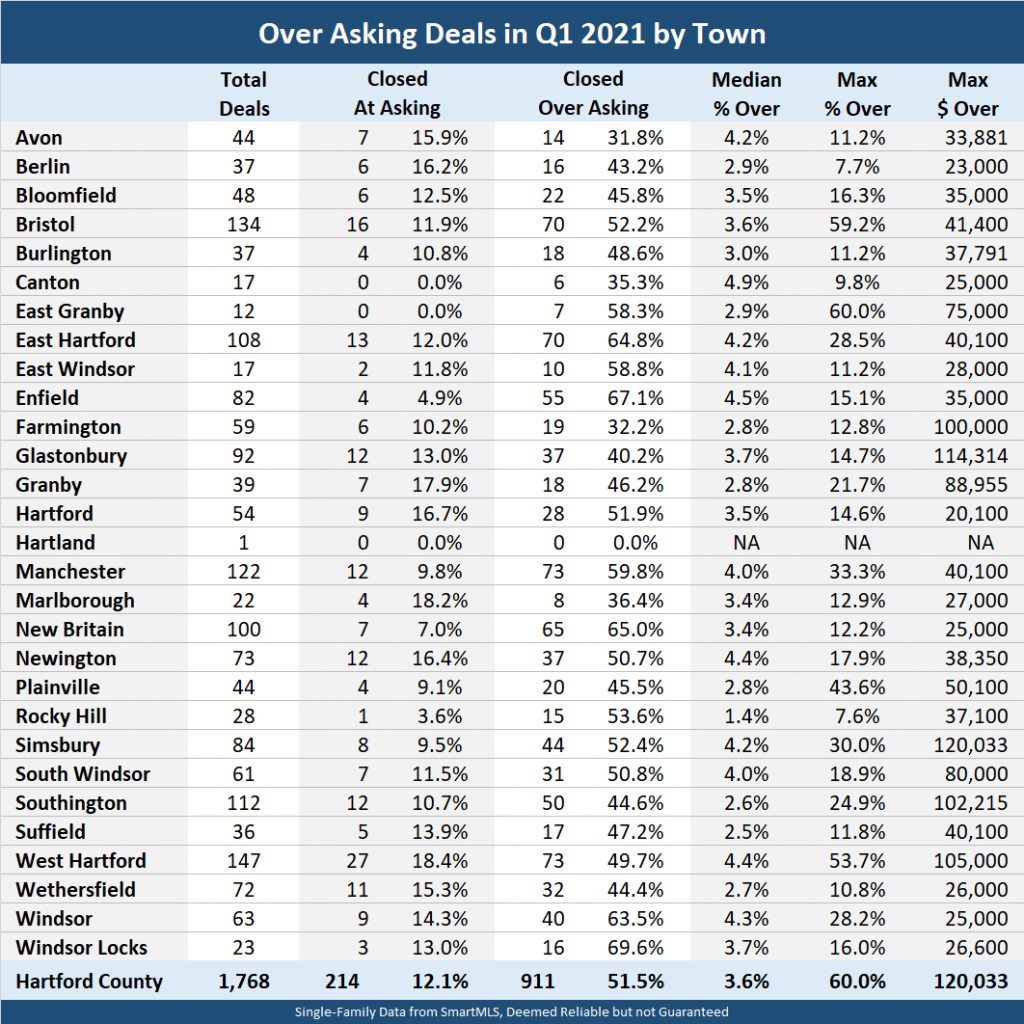