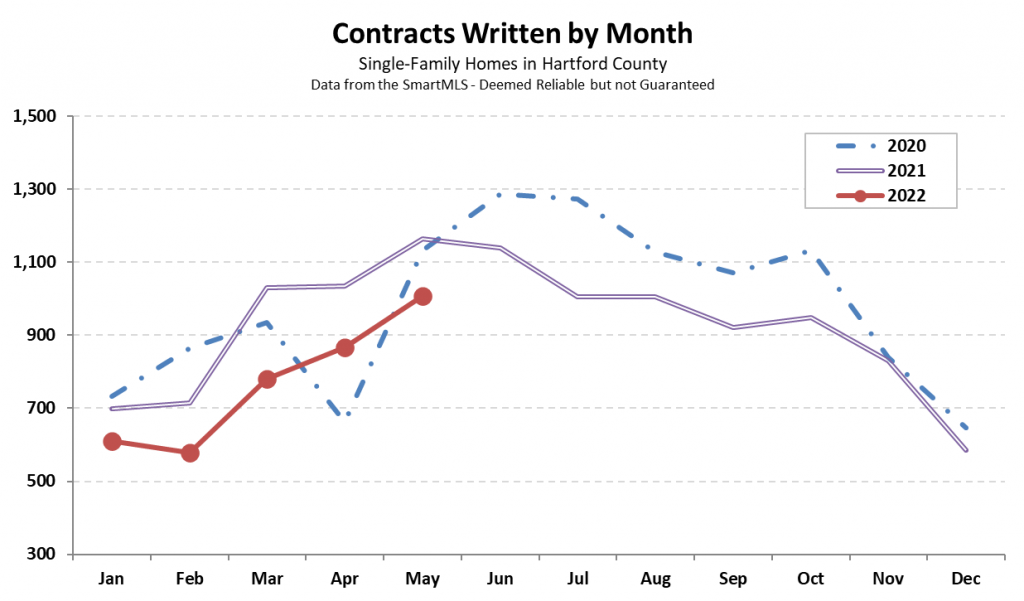 During May, buyers and sellers balanced each other out in Hartford County’s long-running struggle with inventory. New deals totaled 1,007, while new listings totaled 1,035. Both were solid numbers that
showed both sides were still engaged in the market.

The changing macroeconomic environment continued to influence the real estate market during May. More buyers were focused on their mortgage interest rates as they continued their search. Sellers also keyed in on the macro factors, with some deciding to list their home sooner than planned just in case the market became less favorable later in the year. In both cases, the macro environment accelerated people’s thinking and/or timeline. 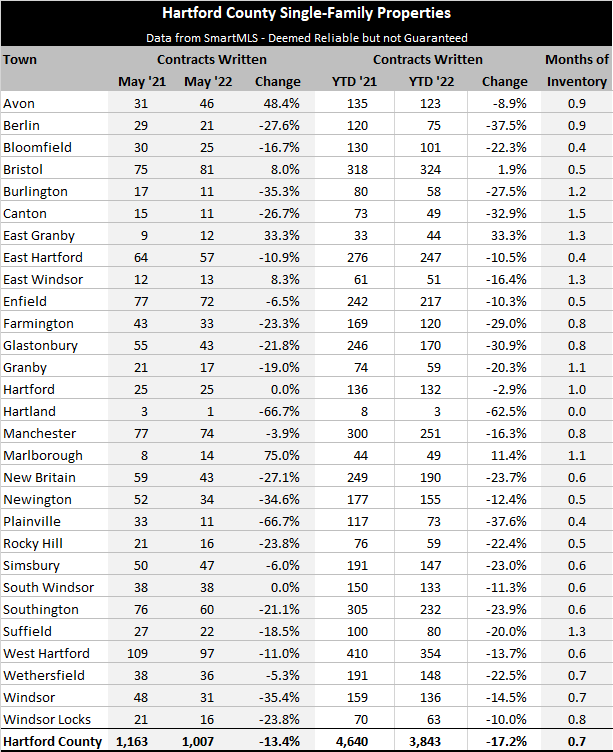