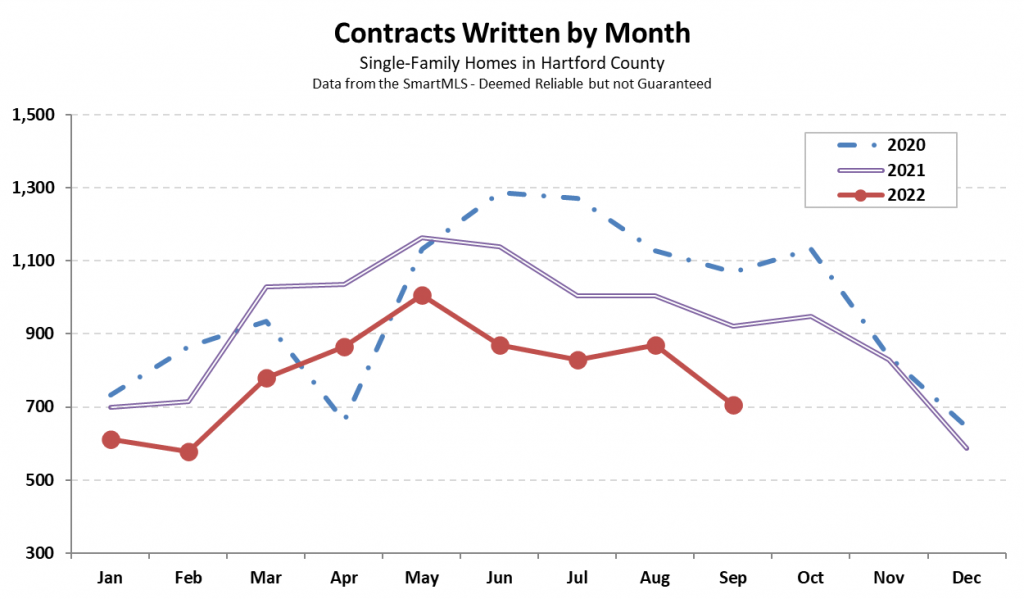 Hartford County finished September with 706 contracts, more than 23% fewer than in September of 2021. The month brought the year-to-date totals down to about 18% behind the number of deals through three quarters in 2021.

The number of September listings stepped down just as quickly as the number of contracts. Inventory remained at the 0.9 months level, which means that it is possible buyers slowed down because there were fewer new properties to consider.

Mortgage interest rates continue to be a top story. The Fed raised short-term rates again in their effort to curb inflation, which did cause long-term mortgage rates to rise. National articles have consistently discussed poor real estate environments elsewhere in the country, so we are carefully monitoring the local market to see if Greater Hartford is taking a turn too. We don’t see it yet, but it is unclear where the market will go since low inventory and high borrowing costs pull prices in opposite directions. 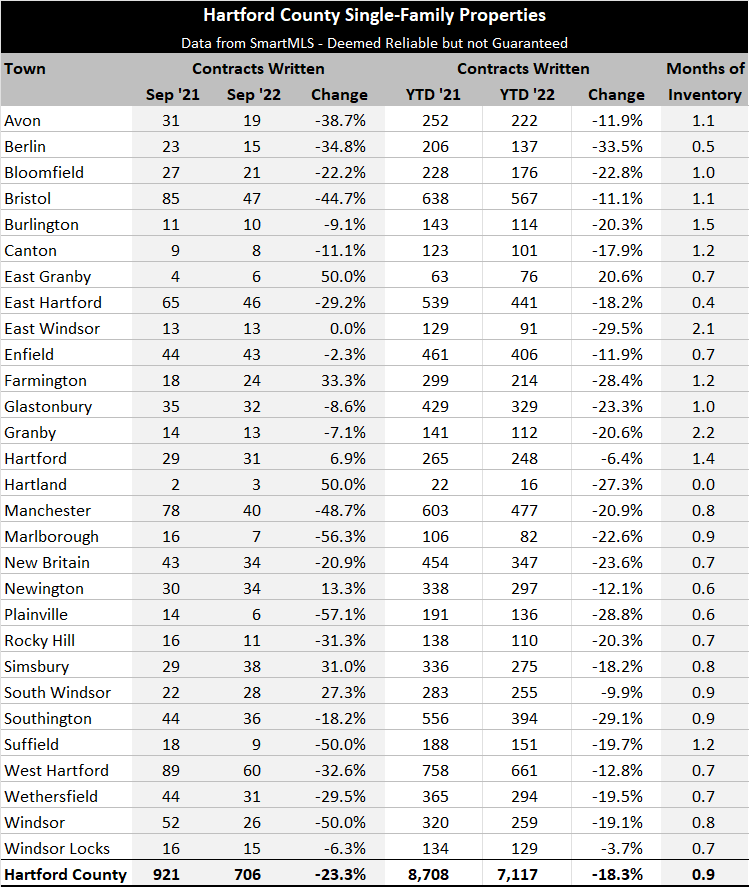