First, we hope you are all safe and warm. The last few days have been not fun for the majority of people in the Greater Hartford region and the un-fun will likely continue for a while longer.

We live in the West End of Hartford and somehow have power. Many of our neighbors do not, as a lot of the legacy trees in our neighborhood took a beating and brought the power lines down with them when large branches fell. We lost a large branch from one of our trees, which barely missed our house, a large weeping cherry tree and several smaller tree limbs from another large tree in our yard. We were lucky that no one was hurt and nothing was damaged.

Many of the streets around us are not passable because of downed trees and live power wires. We’ve gone on several walks around the neighborhood and are, well, I guess the best words would be horrified and saddened at the amount of tree damage that’s occurred. Here are some pictures from neighboring streets taken on Sunday October 30, 2011… 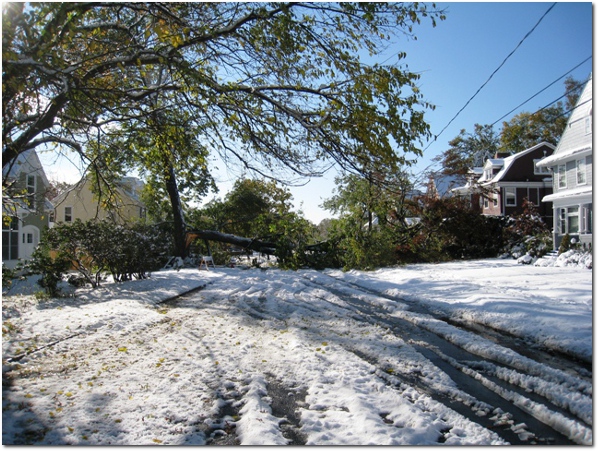 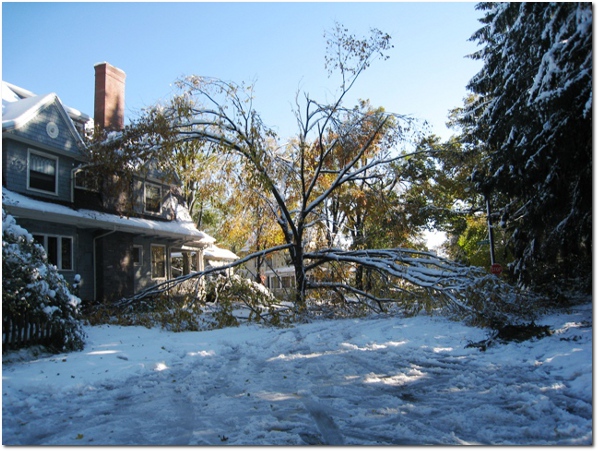 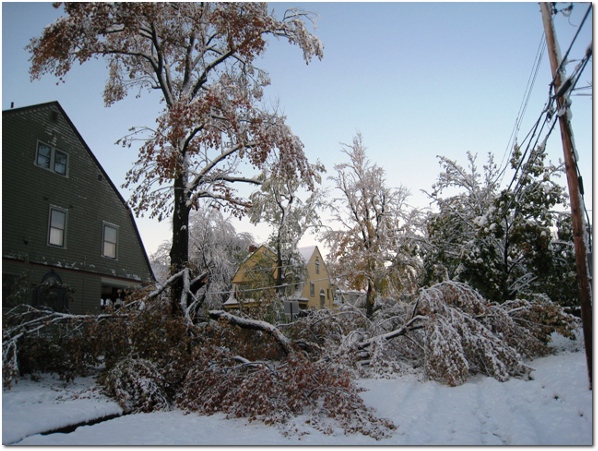 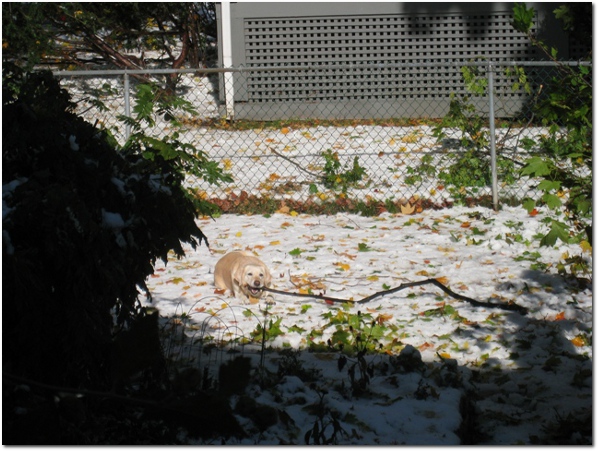 While our dog seems to be happy with the storm and the new amount of chewing material it’s provided her, we can’t say the same for people. Neighbors are helping each other out where they can. We’ll most likely have some friends come stay with us tonight and for the next few days as they will not have power for several more days.

Many of our homeowner clients are dealing with tree cleanup and no power. Showings have really slowed down and we’ve had some closings delayed. We think that the storm is going to really slow the market down for November and we’ll enter the slower winter selling season a little bit earlier this year. When Irene came through a few months ago it had a similar effect.

2 thoughts on “Surviving the October Storm”