I really enjoy watching a creatively placed set of dominoes fall down piece by piece. There’s a rhythm and organization to it all that is very appealing … I find it calming. Mind you, I’m not the one to set them all up, but that’s a different story. 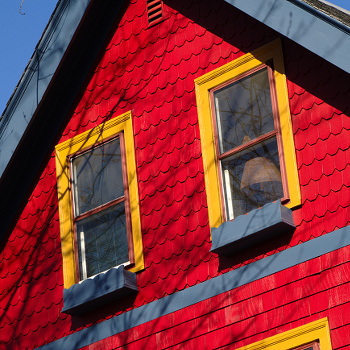 Real estate can be like knocking over dominoes. When people want to move within a town, they often will have to sell their existing home in order to buy their next home. Most are moving up to a larger property, though there are some down-sizers out there too.

First-time buyers are important to the market because they can trigger chains of deals. When they buy my listing that’s an entry level home, that frees up my seller client to become a buyer and bid on a larger property, which in turn opens up possibilities for the seller of that home. You get the idea … one deal can lead to a series of deals.

What makes us think the first time buyers are missing?

The hypothesis began with a collection of observations and conversations. Parents at youth softball are lamenting their difficulty in selling. Other real estate agents are at a loss as to why homes aren’t moving. The distribution of our buyer clients is different than in past years, with many fewer first time buyers. The market’s feedback to our listings is different than we have received in past years. None of this proves anything, but low numbers of first time buyers seems to be a common theme.

Contract data also hints at differences between 2013 and 2014. At the County level, the number of contracts for single-family homes with asking prices of between $200,000 and $399,999 is lower this year than last year, down 15% and 13% respectively. These are very active price points in the County and frequent targets of first-time buyers. 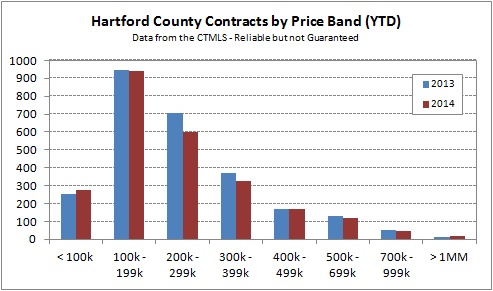 In the West Hartford market, which is usually the most active in the region, the price points are slightly higher than in the overall County. West Hartford is seeing meaningfully less activity at price points between $200,000 and $500,000. The largest year-over-year drops are in the $300,000s and $400,000s, which are common price points for first-time buyers in town. Those two price bands are behind last year’s pace by 34% and 41%, respectively. Wow. 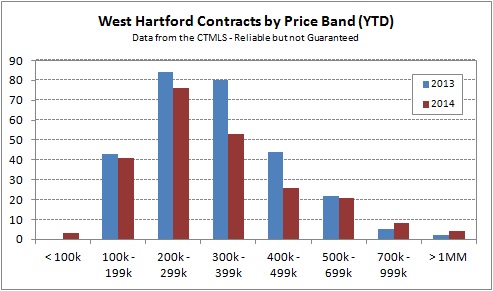 Local real estate markets should be active this year. The economy has rebounded so that people are less worried about job security. Mortgage rates are still very attractive, though no longer at historical lows. And home prices have stabilized throughout the region. For a while we thought that the cold and snowy winter was to blame for the slow start to the spring real estate market. And I’m sure it did play a role. But now that the flowers are blooming, and the real estate market isn’t, we have to look for new and better explanations as to why we’re seeing less activity than we have in past years.

A lack of first time buyers seems like a good place to start. Does this match with your observations – are you seeing fewer friends, family and co-workers looking to buy than in past years?