It’s budget season in Greater Hartford, which is always a contentious time for property owners since it is often the first sign of rising taxes. West Hartford has a double dose of uncertainty as the Town works to figure out both the size of the budget and the implementation of the recently completed revaluation. 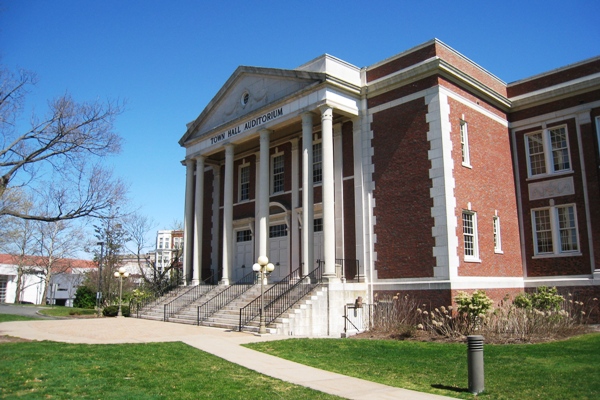 I attended the first of two public budget hearings on Tuesday afternoon in the Town’s Legislative Chambers. Since it seemed like the Town Council was looking for input on the budget side of things, I decided not to share thoughts on the revaluation side of the equation.

Nearly all of the Town Council members were able to attend the 2:00pm session in person, which was quite impressive. The Town also put together a four page summary of the proposed budget that includes prose descriptions in addition to the financials. There is a lot of information available on the Town’s Proposed Budget web page, though I don’t see that specific summary document.

The hearing had an audience of about 20, and the only item on the agenda was listening to public comment. Seven of the attendees took a turn at the podium to share their views on a range of budget-related issues. Of the speakers, I would characterize five as expressing various levels of opposition, one as neutral with concerns, and one as supportive with concerns.

The level of Town employee benefits was cited as a specific concern by nearly all the speakers, even the one supporting the proposed budget. Most presented the issue as a long-term challenge that threatens the Town over the coming decades. Top Gun fan George Kennedy, President of the West Hartford Taxpayers Association put it this way, “The Town is writing checks that our bodies can’t cash.” One person cited specific benefits that they felt were out of line with the “real world” of the private sector. And another person worried about a future financial situation in which it wouldn’t be possible to raise taxes enough to fund Town operations, the school system and the retirement benefits liability – that West Hartford would eventually face bankruptcy like other towns and cities around the country.

The second theme of the public remarks was that the distribution of the tax burden and the assessment process were not working properly. One speaker, a local real estate agent, noted that the town has square footage wrong on many properties and too few people challenge their assessments. Another argued that the Town Assessor had kept the Market Value of that homeowners’ property unfairly high while other nearby homeowners saw more meaningful reductions in their Market Values since 2006. Another speaker criticized the decision to implement the new values all at once since his taxes are projected to increase by 24%. Finally, the assertion was made that the citizenry supporting the budget don’t pay the majority of the taxes (Note that this statement was not supported, and I would love to see the data that does back it up).

It was interesting that of the seven speakers at the public hearing, four of the homeowners are projected to have higher taxes while the other three are projected to have a lower tax bill. The lone individual speaking in favor of the proposed budget did so despite facing a 16% tax increase.

It is also apparent that the overall level of the budget is more of a concern than the tax allocation system. We reviewed the Town Assessor’s 2011 Market Values for each of the seven homeowners and did not see any obvious errors. There are questionable 2011 Market Values out there, but that’s what the assessment appeals process is for, and the values for these homeowners seemed reasonable.

Taking this a step further, the proposed budget calls for taxes of just over 2.5% of Market Value. A home worth $300,000 should pay property taxes of:

Those who would like to share their views on the proposed budget will have an opportunity in a couple weeks. There will be a second Public Hearing on Monday, April 9th, 2012 at 6:00pm in Room 314 of Town Hall. Please see the Town’s Proposed Budget web page for more information and the tax calculator.