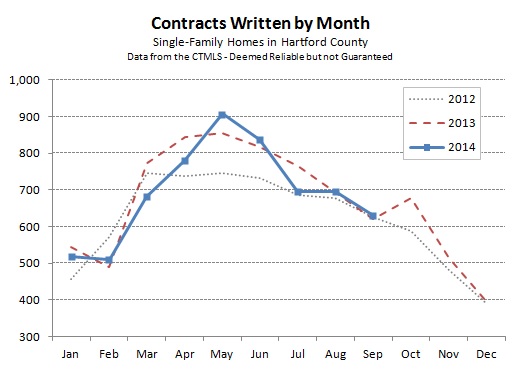 Hartford County finished September with 629 single-family contracts, matching the deal count from 2013 almost exactly for the second month in a row.

We described September of 2013 as surprisingly slow when we wrote up the recap last year, and feel the same way about the month that just ended. There seemed to be very few buyers prepared to make offers despite fall traditionally being a popular time to buy homes.

Inventory levels ticked downwards during the month, and remain well below where they were in September of last year. It does not appear that the markets are flooded with homes available for sale, or that there are other widespread imbalances between supply and demand.

There seems to be generally low interest levels in real estate at the moment. 2014 has seen surges of activity, like in August as an example, but not the sustained focus that characterized 2013 and some other recent years. Real estate comes up in conversations, but is not a staple of small talk like it has been at various times this century. 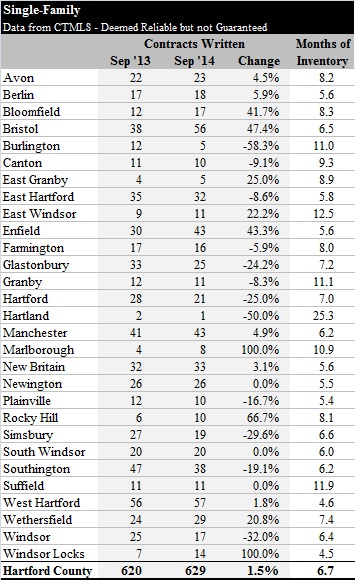