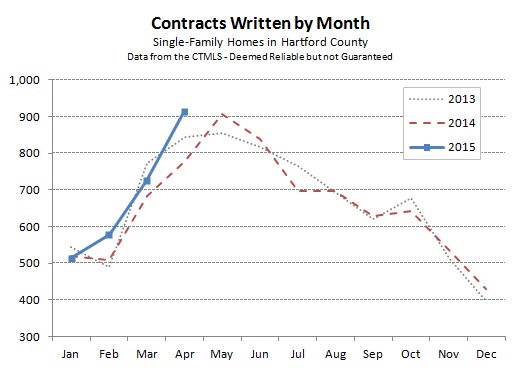 Hartford County just completed the most active month in years, narrowly edging out May 2014. The single-family deal count represented a 17% increase over the number of deals observed last April, and on a year-to-date basis the County was about 10% ahead of 2014.

Earlier in the year we noted that people seem more interested in real estate than they had in quite a while. These numbers begin to quantify the anecdotal observations. Closings, as they happen in May, June, and July, will be the final confirmation of just how the spring compares. So far, so good.

Looking at the individual price bands, much of the increased activity came from the most active parts of the market. There was a 22% jump in the number of contracts for homes with asking prices in the $200,000s, which represented 132 more deals than the year-to-date count in 2014. Increases were closer to the high single digits in most of the other price bands.

Contracts traditionally peak in either April or May. The spring peak has been May for the past several years … which suggests the County could do even more deals this month? At this point we have not seen any warning signs to make us think the market will slow down, so we’ll just have to wait and see. 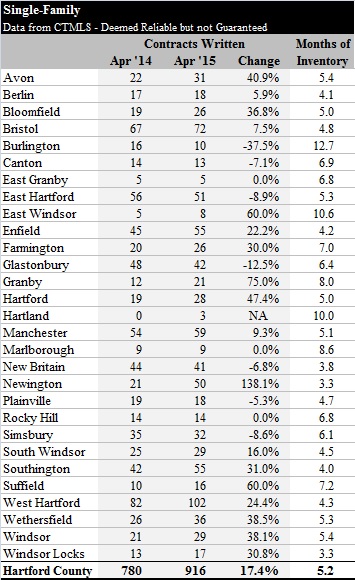