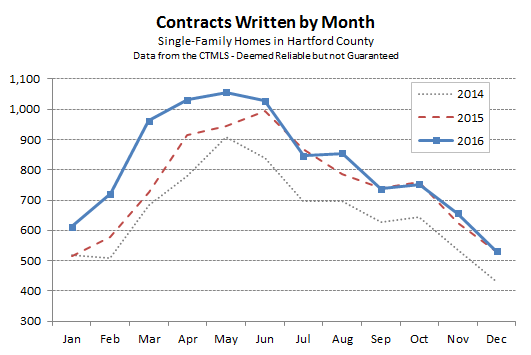 The Hartford County single-family market finished 2016 at almost exactly the same activity level as the previous year. The chart above shows the fourth quarter for 2015 and 2016 nearly overlapping.

The vast majority of the 9% increase in 2016’s contracts, compared to 2015’s total, occurred in the first half of the year. There was modest outperformance in August, but the second half of the year was unusually similar.

We traditionally only look at pricing data once per year, in January. Looking at smaller time periods, months or even quarters, is not very useful since the mix of homes that sell is inconsistent. This is especially true in Hartford County, where home prices cover a very broad range. Our view is that a full year’s worth of data is needed to even out the inconsistency.

We’re interested to see whether the increased activity translated into higher prices during the year. Come back for that analysis in a day or two. We want to give agents a little more time to close out all of their deals in the MLS before analyzing the 2016 sales.

Have a Happy New Year! And if you have real estate questions, please feel free to call or write … it’s time to think about spring! 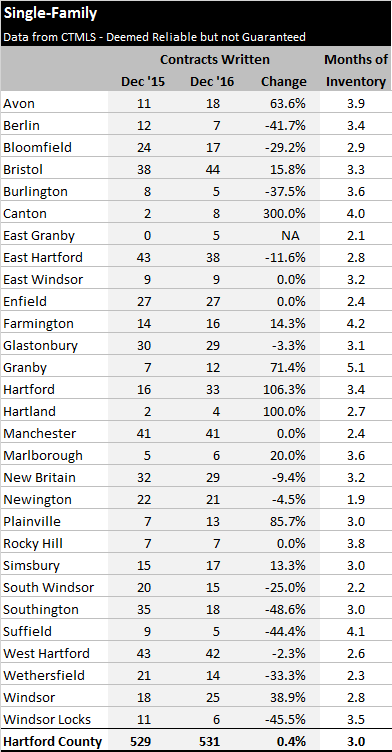