Condominiums are an important segment of the Hartford County real estate market, representing about 19% of the total residential sales (single-family, condo, and multi-family) during 2019. They offer a different mix of features and benefits than the other property types, and are usually available at a lower price point.

Last year there were 2,220 condominium deals according to the SmartMLS. The total was in line with the result of the past three years. It represents a meaningful improvement over the market from the first half of the decade, but is well below the sales totals from the early 2000s. 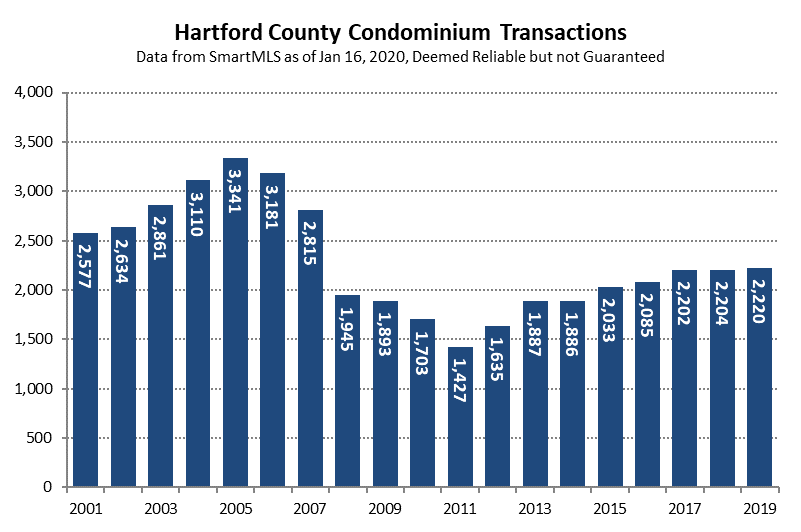 One of the key difference in the condo market between now and the boom times of the early 2000s is the prevalence of new construction. There was a surge of development during the middle of the 2000s that has faded away almost entirely. New properties represented more than 15% of the condo deals in 2006, versus about 3% in recent years. 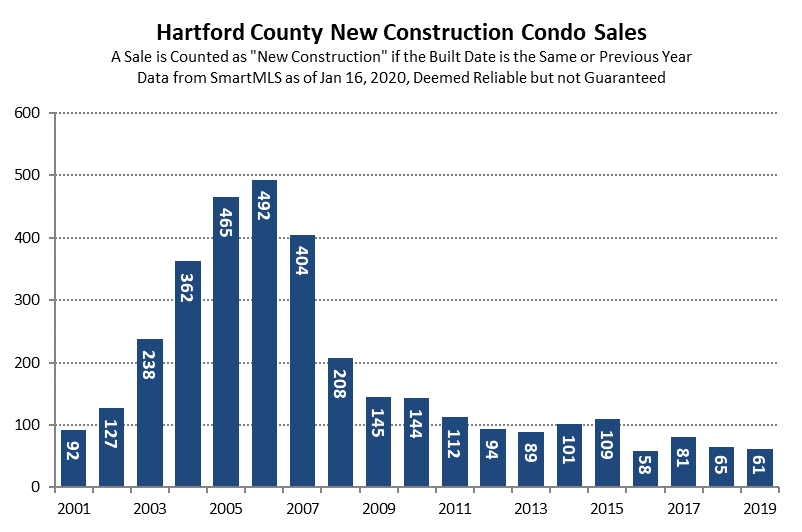 When the 2019 deals are broken down into price bands, and compared to 2018 results, some interesting information appears. There was a decrease in the number of deals at less than $100,000. At the same time, there was an increase in the number of deals in the $100,000s the $200,000s and the $300,000s. This is a familiar trend to see in price band data, and it generally means that value increased over the previous year. Properties valued just below the price band boundaries likely moved up to the higher price band, reducing the number sub-$100,000 deals. 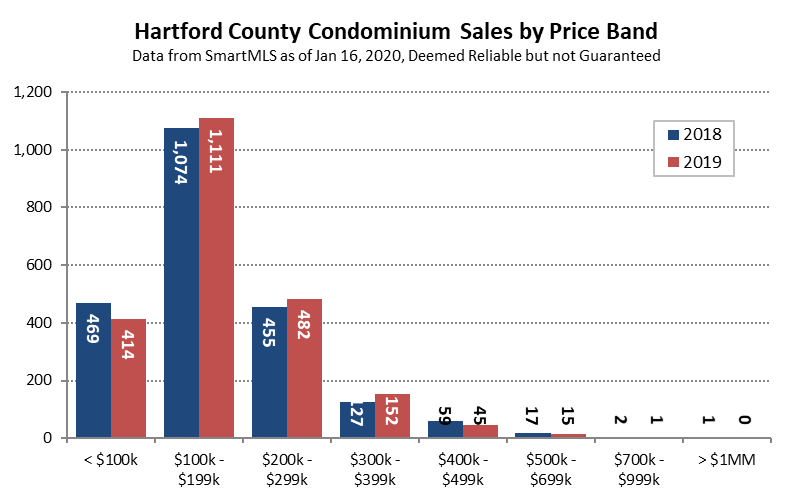 Sure enough, the median and average price of the overall condo market improved slightly during the year. Comparing median prices is an unsophisticated method for tracking prices. We only use it once a year, in January, to ensure that we have a sufficient number of data points and data representative of all 12 months. Although it limits our ability to quantify price changes, we think it’s more important to report reliable observations that are unlikely to be impacted by the randomness of the real estate markets. 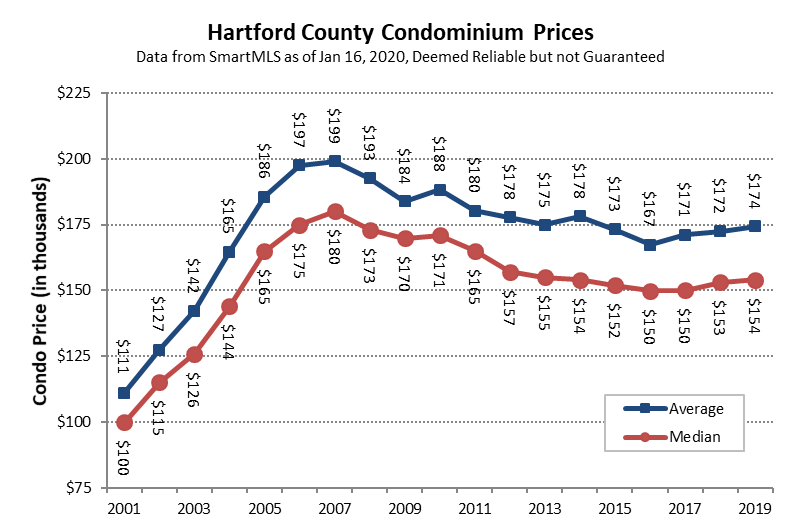 A final point about values before moving on in the analysis. New construction tends to push median prices upwards, as new properties usually sell for a premium compared to older units. Because new construction represents such a small part of the market right now, we can have more confidence that the increase in median sales price from 2018 to 2019 actually does represent an increase in value for condominium owners.

Condos are distributed throughout the County, though none of the towns have a huge number. Sales totals for 2019 topped out at about 150 units in the handful of towns with the most condo housing stock. The table below is presented because it is interesting to see what happened in each of the County’s towns. However, we don’t think there is enough data to read too much into the results.

Be sure to reach out to us if you have questions about, or interest in, Hartford County condominiums. Have a fantastic 2020! 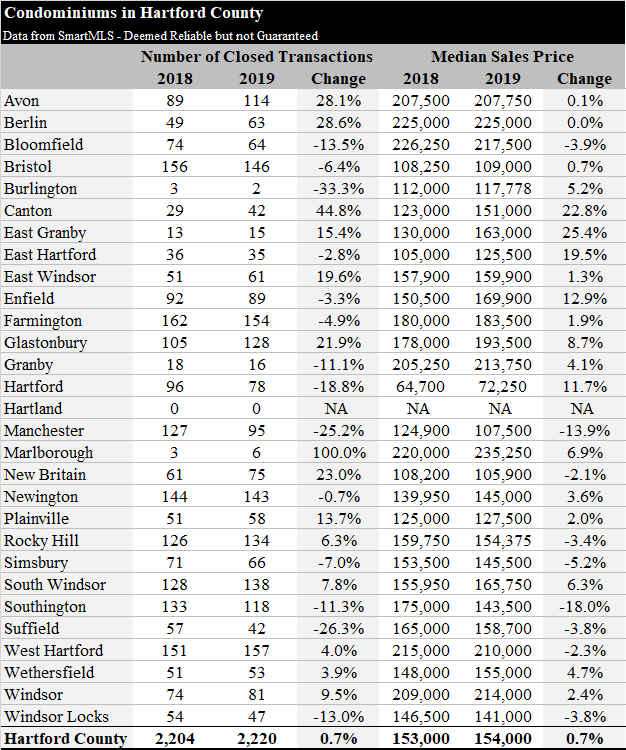