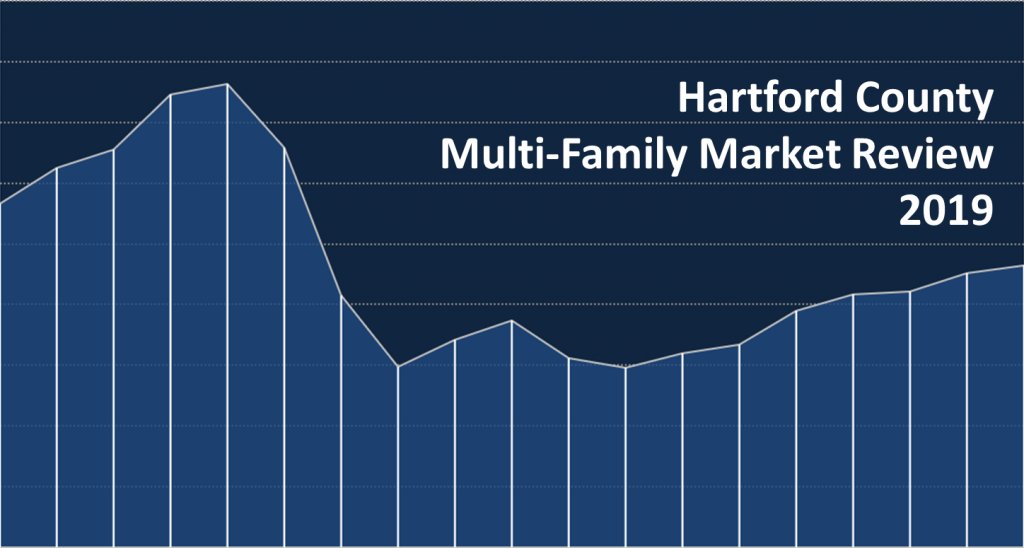 The Hartford County multi-family residential market continued to improve in 2019. The total number of closed deals increased about 3% over the previous year to 928 sales. Activity was up more than 56% from the low point in 2012 when the market was in disarray.

Of the three residential property types (single-family, condominium, and multi-family), the multi-family market is the strongest and healthiest. This is true despite the fact that sales totals are well below the peaks from the mid-2000s. Back then the market was overheated due to the overwhelming number of investors. 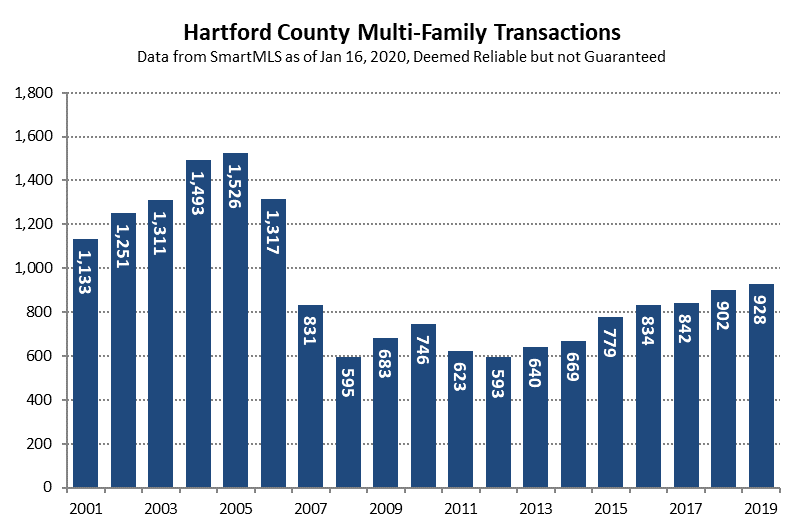 The recent increase in the number of deals translated into consistently rising prices, which was not true for single-family homes or condos. Median sales prices for Hartford County multis increased by nearly 14% from 2018 to 2019. The median price has risen more than 65% since 2012, with consistent gains each year.

Tracking median prices is a simplistic approach to valuation. However, the direction of prices matches up with what we are anecdotally seeing in the market, giving us confidence that the values of individual properties are in fact rising. The core 2-family and 3-family properties that make up the multi-family market in Hartford County are consistently selling for higher prices than we have seen in previous years. 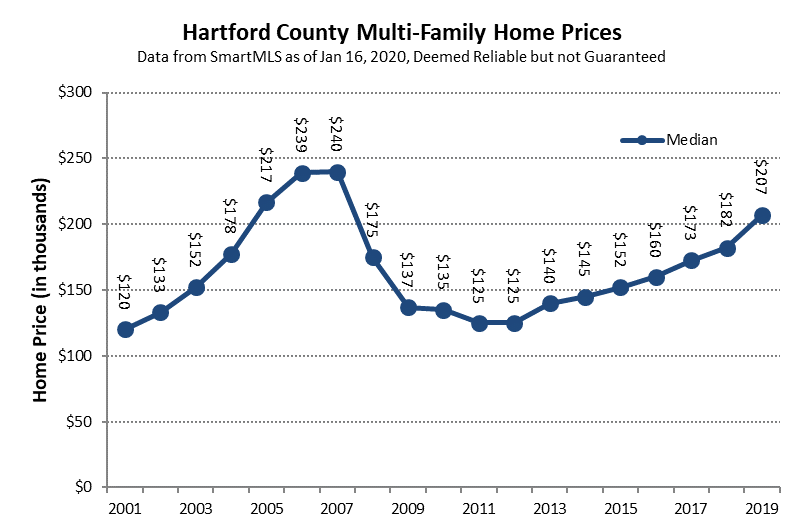 Looking at the 2019 sales by price band, there was a very strong increase in the number of properties that sold in the $200,000s. There was also an uptick in the number of deals in the higher price bands that represent either smaller buildings in the most desirable locations, or larger buildings that might more appropriately be considered commercial residential because they have more than 4 units. 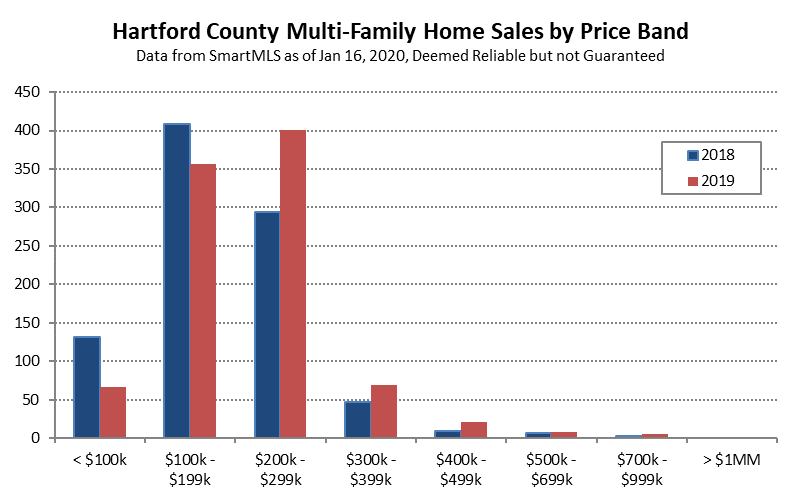 Despite rising values, we are not seeing widespread increases in rents. Rental rates do change at individual properties based on the condition of the units, investing in a building can increase the rents, but generic units are not generating more income than they were in 2012.

Part of the reason for the stagnant rents is that there has been significant construction of larger apartment communities throughout the County. Most of the new places are marketed as “luxury,” and tend to attract the tenants who are willing to pay the most for their apartment.

Investors are likely to respond to the strong market differently based on their objectives. Those seeking income may be indifferent to the rising values. Operating costs are mostly unaffected by the market (property taxes are an exception), so stable rents should continue to produce consistent rental income.

On the other hand, those who are working to improve properties either through traditional flipping or by implementing operational improvements might be interested in capitalizing on the higher market values. Buying distressed buildings and reselling them after addressing their challenges has been a profitable business over the past few years.

The good news is that the very low interest rates mean that it still makes sense to buy, despite the higher prices. We have seen an increase in the number of owner-occupants purchasing multi-family buildings. They recognize that by having a tenant to fill the other unit(s) of their building, that their own living expenses are dramatically lower than if they were to rent an individual apartment or purchase a single-family home.

Looking at the multi-family housing stock, the chart below shows that it is concentrated in a handful of the towns in the County. Hartford led the way with 304 deals, representing nearly 33% of the total market. New Britain was the second largest multi-family market, followed by Bristol.

Reach out at any point if you’re interested in talking about investment properties. Whether you’re a veteran of the market, or curious about whether it would be an advantageous move for you, we’re ready to help. 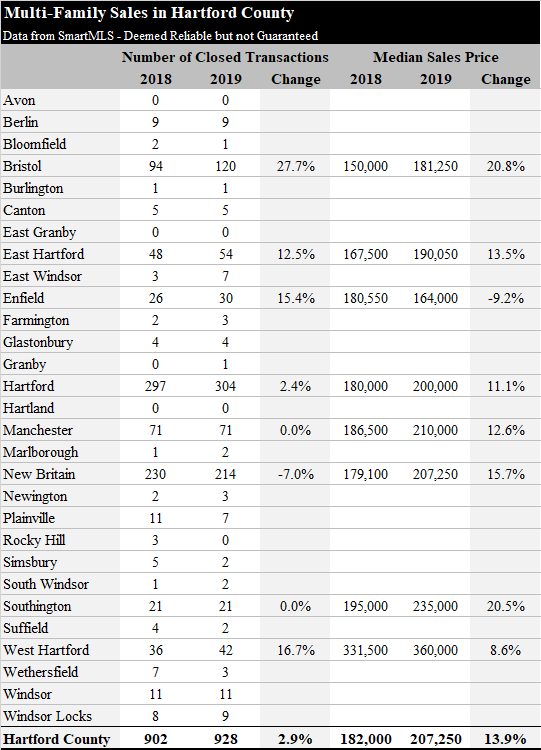