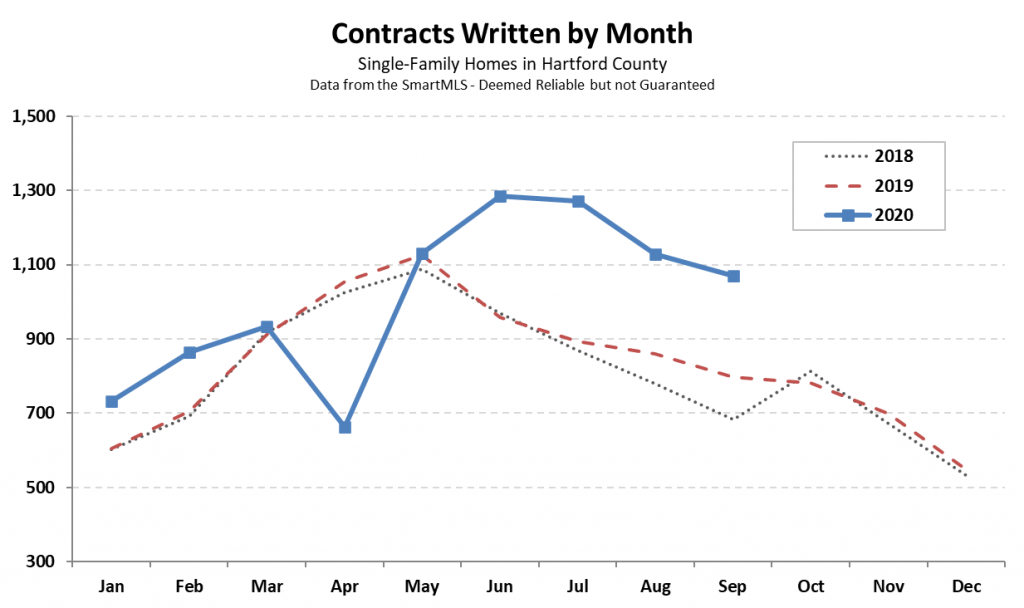 Hartford County topped the 1,000 deal mark during a September for the first time since we have been keeping contract statistics. We finished with 1,070 single-family contracts during the month, 34% more than September 2019. The year is now almost 15% ahead of 2019 in terms of total year-to-date deals.

Since launching this series in 2009, which is 11 years and 9 months ago, we have reported months with more than 1,000 deals only 15 times. There were not any until 2016, and until this year they were only found in the spring market. It is shocking that we’re trending downwards after a delayed spring and still comfortably over 1,000 contracts.

2020 has been full of surprises, hasn’t it? At first it looked like the real estate market’s momentum from prior years would be lost due to the pandemic. But activity roared back in May, with each of the last five months having more than 1,000 contracts, and none of them were particularly close to that (arbitrary) threshold.

Out in the field we’re seeing the market pull back a little bit. There are still alarmingly few homes available for sale, which is likely part of the slowdown that we’re seeing. But we think the buyer pool is also less deep and less aggressive than it was over the summer months. The political and economic environment must be factoring into things too – it’s insane right now, so how could it not?

We think there will continue to be an opportunity for owners interested in selling a home for the foreseeable future. There are still a huge number of deals happening, and not a lot of properties for buyers to consider. Buyers have to be serious about their search, which means having a search strategy and their financing in place so they can react quickly to opportunities.

Let us know if you have questions, we would love to help you achieve your real estate goals. 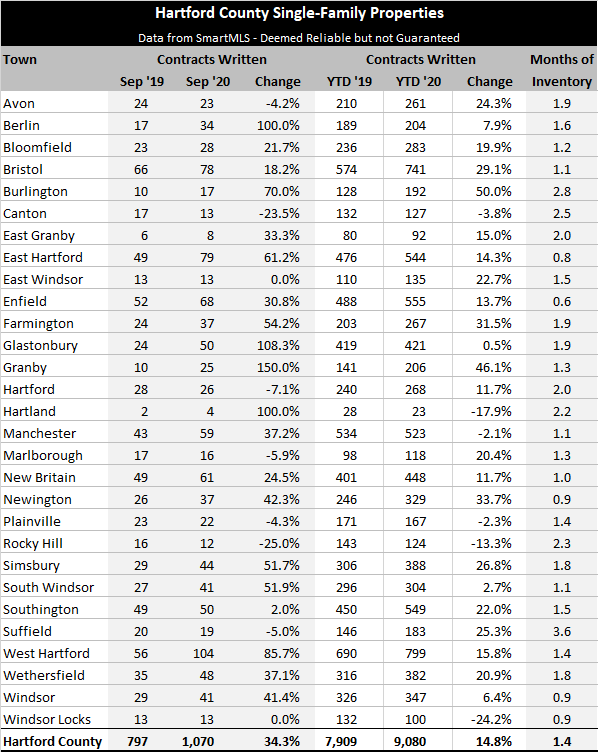