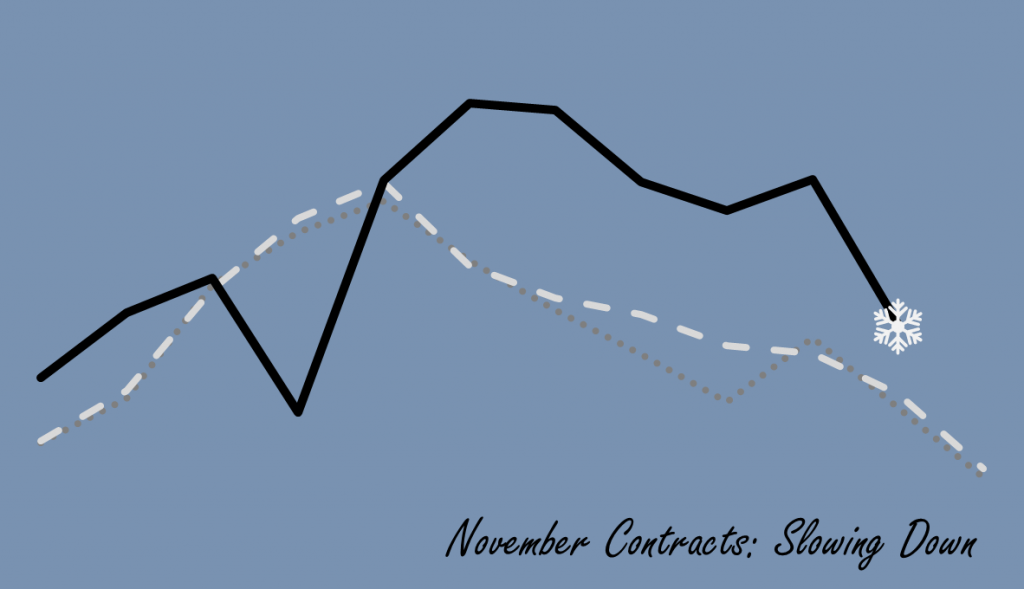 November was busy, with 839 single-family contracts in Hartford County, but is was much less busy that the previous six months. I’m most interested in exploring why November dropped off so much from October. 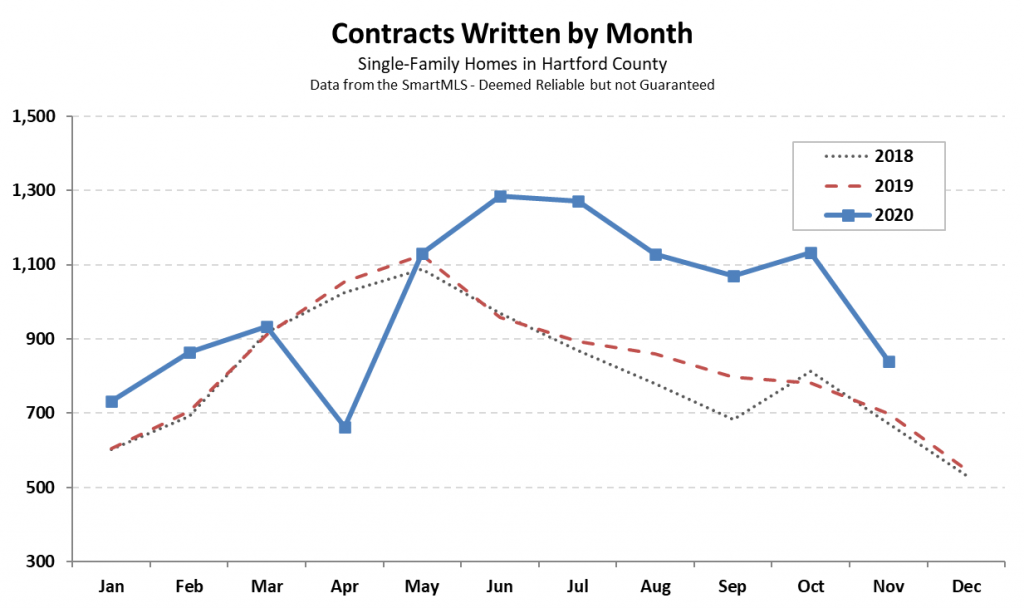 We had a big election in November. Did you know that? Well, we did. And it’s possible that everything surrounding the election caused people to take a step back to understand the outcome. Most of us have had a good handle on the results since a week after the polls closed.

The day-by-date contract totals for the first half of the month did not show any obvious variations. The pace of contracts was quite consistent throughout the month. The election doesn’t seem like the cause for the slowdown, especially considering how active October was during the home stretch of the campaign when uncertainty was even higher.

November is a bridge month to the winter market. Traditionally this is the time of year when real estate activity aggressively scales back. Buyers are less inclined to pursue a home search, and owners are less inclined to list their property. Sellers that have their home for sale but have not accepted an offer consider taking their home offer the market for the winter.

I find this possibility more compelling than blaming everything on the election. But it still isn’t totally satisfying. It’s very possible that fewer people are thinking about real estate now than during June or October. And it’s true that this November was 20% more active than last November, which was previously the busiest November since we’ve been tracking these metrics. Yet I can’t help but think more deals could have happened. The falloff in 2020 was steeper than in either 2019 or 2018.

My conclusion is that the primary issue is a lack of inventory. There are so few homes available that even if people wanted to buy something there is barely anything to choose from. There are multiple ways to illustrate the inventory levels.

From the point of view of Hartford County stats, there were only 1,068 properties available as of December 2nd. That equates to about 1.1 months of inventory at the trailing 12 month pace of contracts. We are strongly in seller’s market territory. There are fewer than half as many properties for sale today as there were at the beginning of December in 2019, 2018, or 2017. 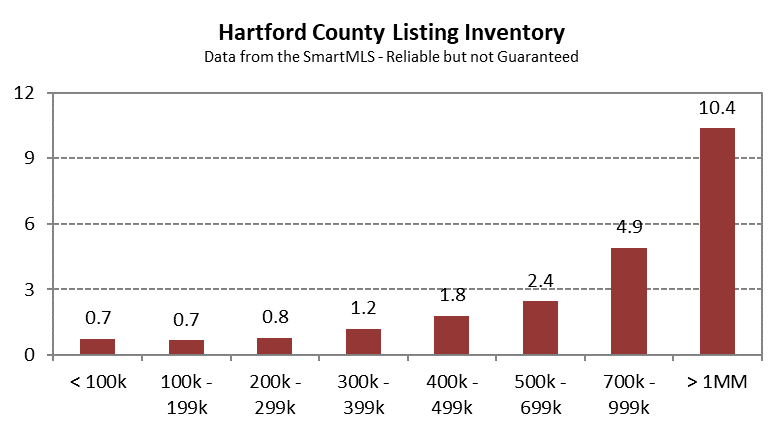 Buyers looking at price points of $300,000 or less have essentially nothing to choose from. The majority of our housing stock has been valued in the $100,000s or the $200,000s recently, so most buyers struggle with this issue. Buyers need to have budgets north of $700,000 before they are in a market segment that does not favor sellers. The million dollar segment, which represents about 0.5% of Hartford County transactions, is the only price band that favors buyers (more than 6 months of inventory). Yet even there the nicest homes attract interest and are selling.

From an anecdotal point of view, we still have buyer clients looking for homes. We don’t have any listings left to market – all of them are under contract and working towards a closing. Most of our listings had interest from multiple buyers. Our peers are regularly posting pleas for new listings on agent Facebook groups so we know that they also have buyers who can’t find anything interesting.

The data is clear to me – extremely low inventory is limiting market activity. 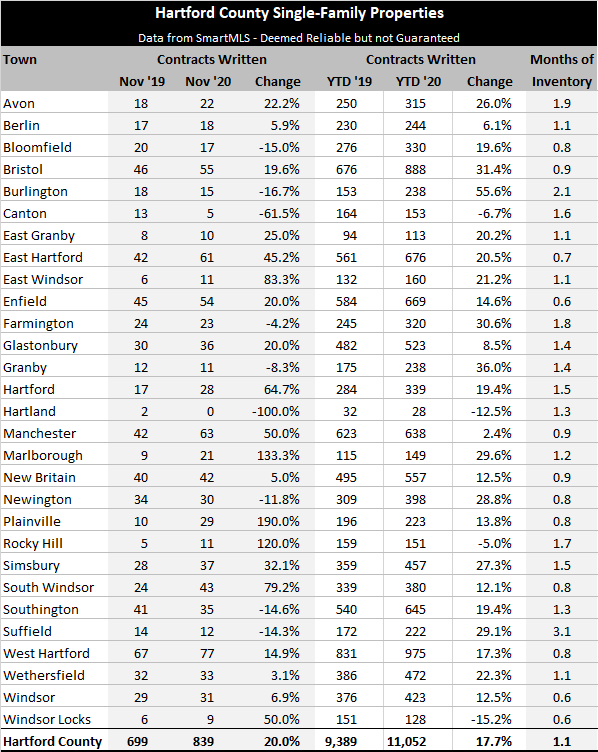