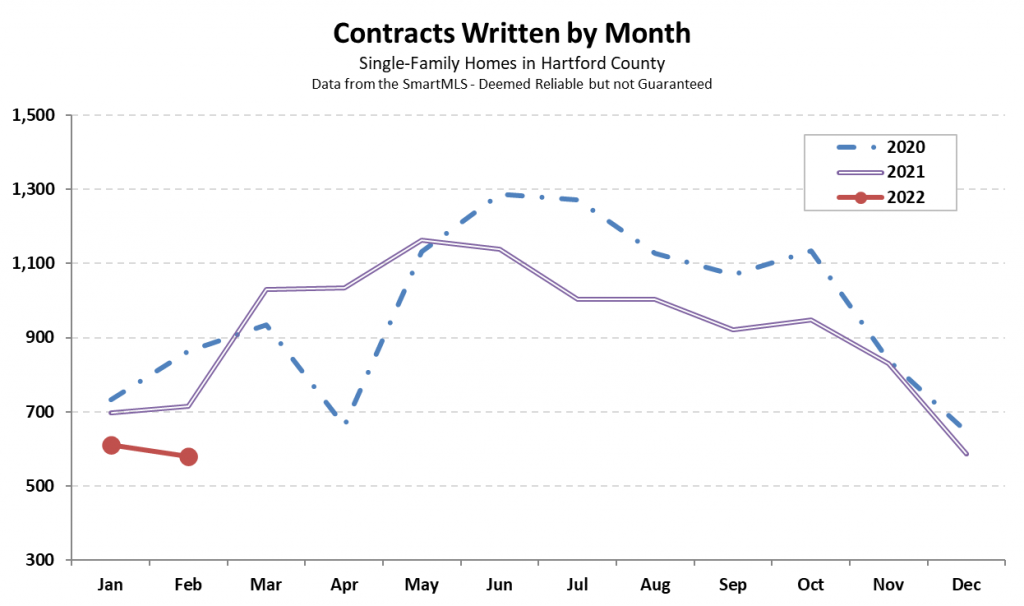 February is an unusual month for the real estate market. It has fewer days than those on either side, which actually does cause the number of contracts to plot lower than the average daily activity would otherwise indicate.

The month is also at a point in the seasonal cycle at which inventory levels are often at their lowest. Buyers tend to begin looking earlier in the year than sellers tend to list their homes. Sellers planning to move often prefer to list in March or April. Some want begin their home to pop onto the market when there are a lot of buyers already searching. Others are thinking about their closing date, and need to wait until Q2 to list in order to remain in their home through June. Or maybe the seller just prefer to have the exterior photos of their home include leafed out trees and early spring flowers.

This February finished with 579 single-family contracts, a total that was 19% lower than the February 2021 tally. At the end of the month the 450 available homes would take about 0.5 months to sell at the current pace of deals.

Yes, because the number is higher. No, because the calculation looks at the average number of deals per month over the past year. That number declined, since the number of monthly contracts was below the corresponding month in the year prior. But the buyer demand is still extremely high and just not translating into deals because there are too few listings. We don’t think that the slight change in the months of homes available is significant, and even with the increase the market still highly favors sellers.

March will be a very interesting month to follow new listings. Buyers are primed and ready to bid. Sellers shouldn’t feel rushed to get their home listed since the market is likely to still be favorable in April and May, but sellers who are ready will get a lot of attention. They just have to be ready so that they can make the most of the attention and turn it into a strong offer. 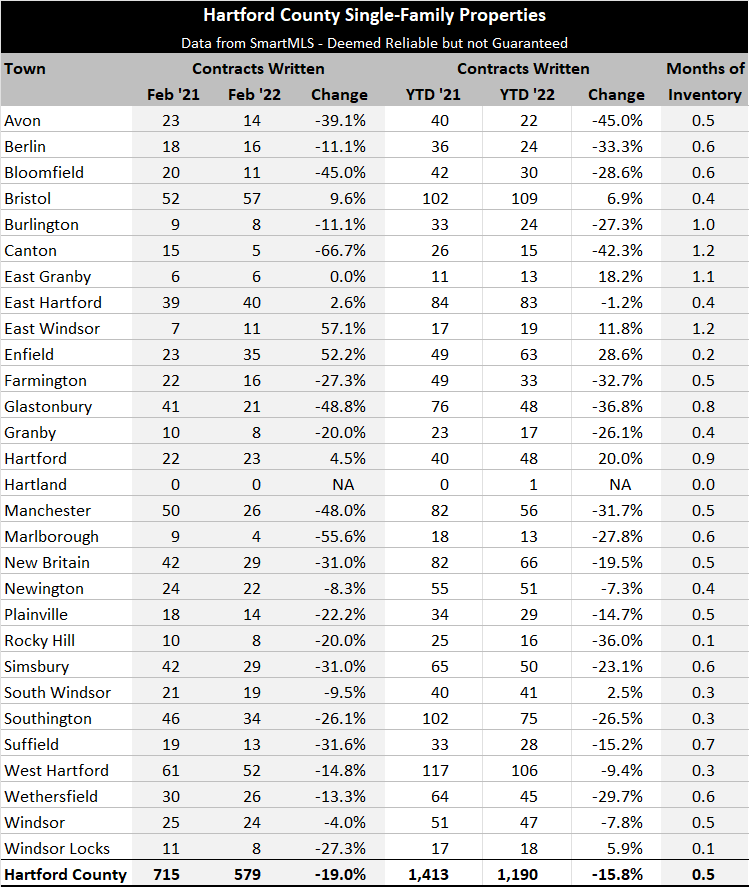