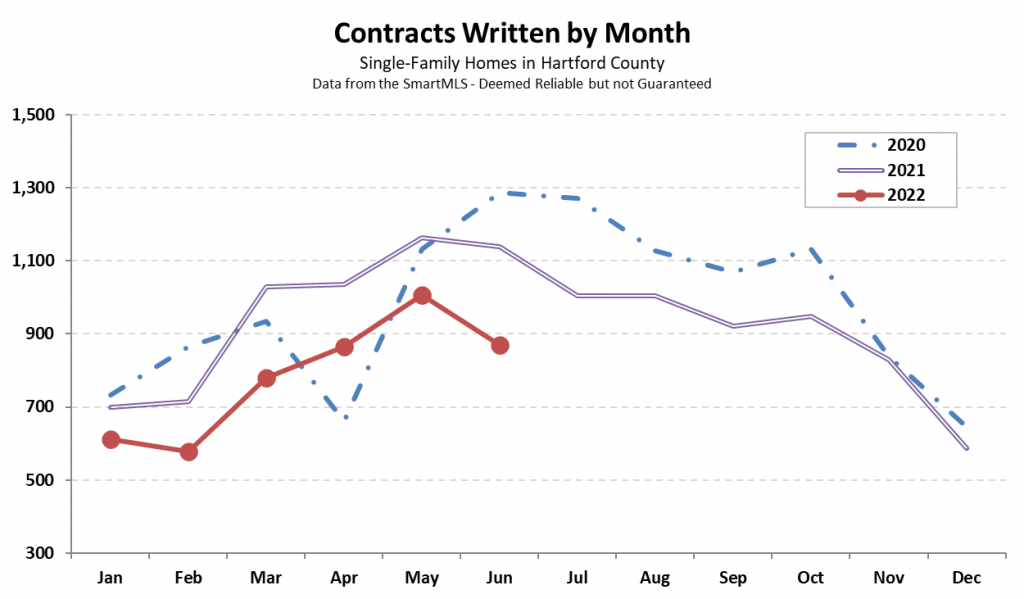 Hartford County finished June with 869 single-family contracts. It was a 23% decline from the June 2021 total, leaving the County 18% behind 2021 through the first half.

The 869 contract, when seen as a measure of buyer activity, is a meaningful retreat. June is one of the busier months in the seasonal real estate market, with contract totals often near the peak. June 2022 showed a meaningful fall-off from the May peak, and was the lowest June total since 2014.

At the same time, new listings increased to 1,088 during the month, which was the highest total so far in 2022. The net result of the increased listing and decreased contracts was that overall inventory stepped up to 0.9 months of homes. 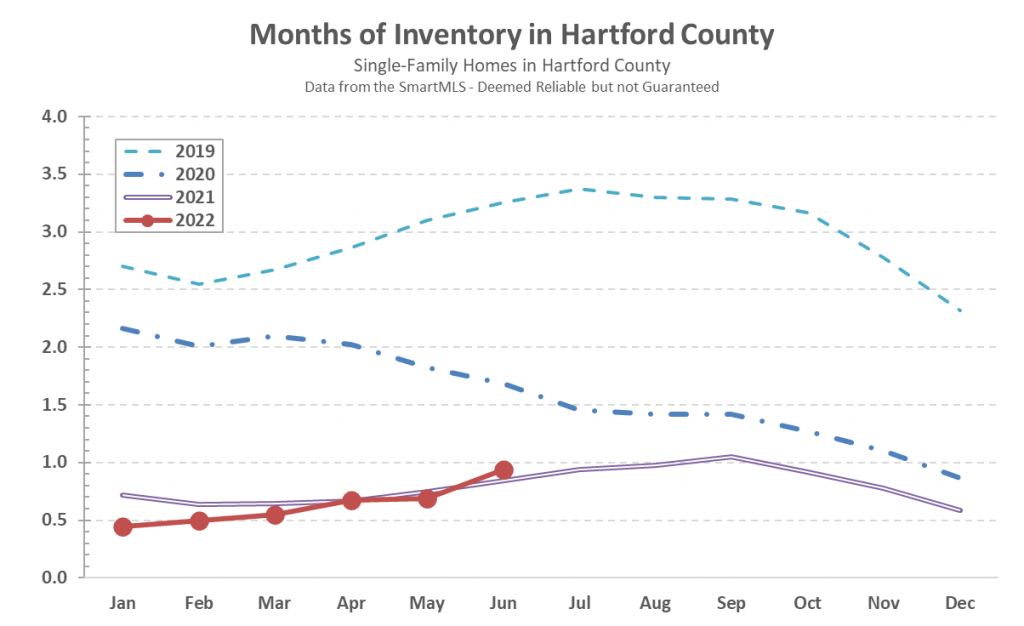 Hartford County is still very much a seller’s market, but climbing into territory in which all homes don’t sell immediately. The dynamics are slowly changing. Realistically we need to get up over 2 months of inventory before the market will regain a sense of normalcy.

The June transition was most likely due to higher mortgage interest rates giving buyers pause, pushing the County into an early summer. Prices plateaued without really falling, so in addition to the higher prices buyers also had to contend with higher financing costs.

It was also clear in June that each town had its own dynamics. Some continued to be very active and still strongly favored sellers. Others had a supply and demand balance that was more favorable to buyers. It was important to keep a close watch on the dynamics.

Now that we’re into the summer market, activity will likely drift downwards for the next two months. There will still be buyers looking for homes, and sellers happy to accept offers, just fewer of them. The fall market will be the next test – will there be an uptick in activity as buyers re-engage with their home purchase? 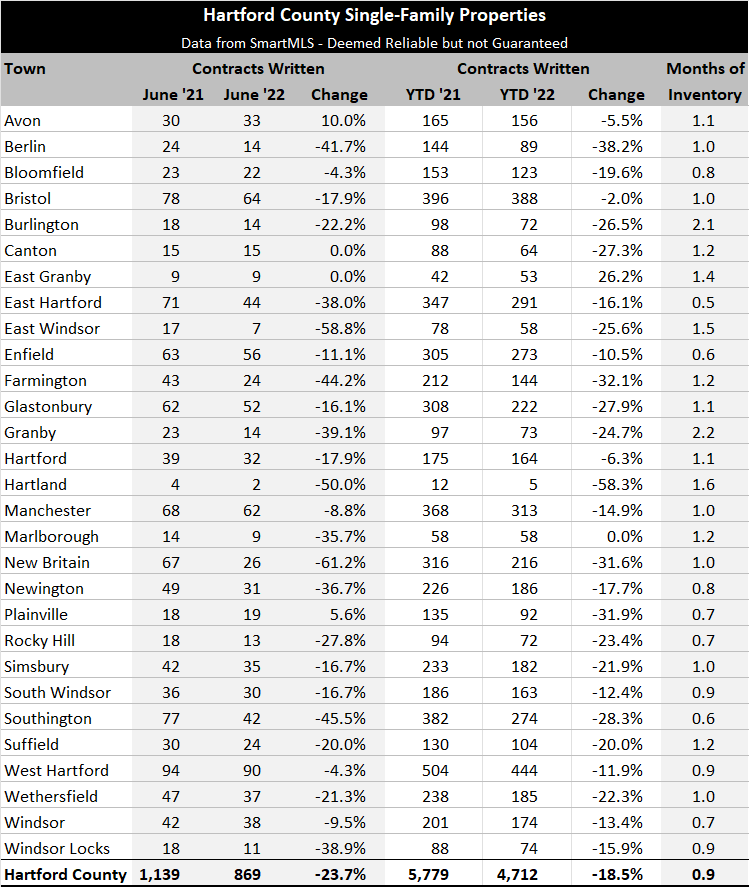