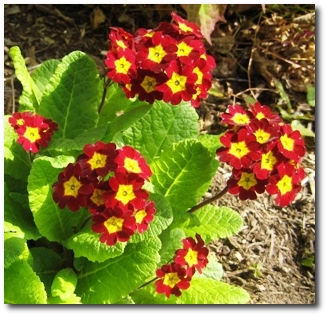 As of the first of May, the Federal Home Buyer Tax Credit is no longer part of the American residential real estate landscape. The incentive took various forms since it first went into effect in April of 2008, offering cash to both first-time buyers and existing home owners.

Looking back, two questions immediately come to mind. How did the credit impact the markets over the past few years? And how will the credit continue to influence the markets in the coming months?

The Impact of the Credit
The most obvious impact of the home buyer tax credit was that it gave people in the real estate industry something to talk about. Realtors and mortgage brokers latched on to it as the silver bullet that would fix their suddenly sluggish businesses. We could barely go a day without hearing an ad on TV or radio encouraging us to take advantage of the tax credit before it was too late. Some agents even advertised the credit as a feature of the homes they were selling, as if only certain properties qualified.

Beyond all the hot air, the credit also distorted the markets, especially near the deadlines. Agents, mortgage brokers, and real estate attorneys were extra busy leading up to the expiration dates. Consider the activity around the November 2009 deadline. The number of single-family closings in Hartford County for the month was close to what we saw during the market peaks in the middle of the decade. The number of closings in the following month was far below the peak levels, and more comparable to the trough levels of the previous two Decembers. Buyers were clearly focused on the deadline. 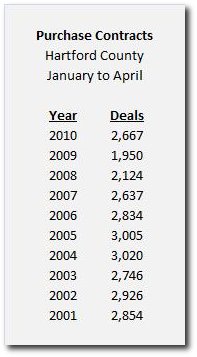 The distortion in early 2010 was to shift demand more than supply. Real estate demand comes from the buyers, who knew they had to negotiate a binding contract by the end of April. They began their shopping early to make sure that there was enough time to find a home that met their needs. This was especially true of first-time buyers looking for properties in the lower price ranges. Real estate supply is provided by the sellers as they list their homes for sale. Although there was some incentive to get their homes on the market early, the benefits were not felt nearly as strongly for the sellers as the buyers. There was not enough supply in some towns, and it was common to see bidding wars for nicely maintained properties at the lower price points during the first four months of the year.

The Credit’s Continuing Influence
Even though the deadline passed, the credit will continue to influence the markets. Our initial expectations, which we shared in January, were that activity levels would remain reasonably high through the end of the traditional spring market. So far that seems to be true. The world did not end once the calendar moved to May, and buyers continue to shop at all price points.

However, we do still expect that the market will slow once we get into July and the summer vacation season. Many buyers accelerated their purchases to capture the credit and there will need to be a corresponding slowdown in activity as the buyer pool replenishes.

Another result of the expired credit may be better deals for the remaining buyers. High demand in certain towns and price bands gave sellers the upper hand for much of the spring. With the credit-seeking crowd out of the way, the current crop of buyers will face less competition and should be able to find interesting opportunities.

Never as Simple as it Seems
The wildcard in the real estate markets is consumer confidence. Home prices are influenced by the optimism of the buyers and the financial strength of the sellers. Local employment trends play an important role, as do the financial markets and the overall economy. The current outlook can’t yet be described as sunny, but it definitely seems far less gloomy than in the recent past. As we exit a period of significant government support, we’re comforted by the fact that the market is more than just the tax credit.