Yesterday we began our series on CREC’s proposal to buy the former Hartford College for Women campus from the University of Hartford and redevelop it into a permanent home for their Museum Academy magnet School. Today we take a photo tour of the site to identify the different buildings and share basic observations and information that we have gathered.

The site under discussion makes up most of the block of land that is bounded by Asylum Avenue, Elizabeth Street and Girard Avenue. The University of Hartford currently owns 10.44 acres that is spread over three separate parcels. The three historic red brick buildings (currently called Butterworth Hall, Johnson House and Babcock House) are each on their own lot. 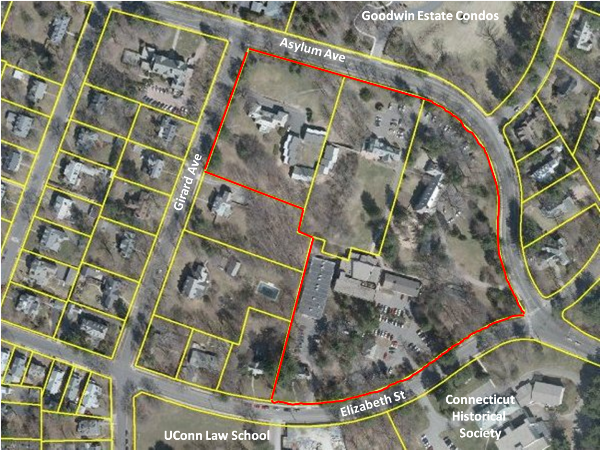 Butterworth Hall is the largest of the three buildings, perched on a hill overlooking the intersection where Asylum Avenue meets Elizabeth Street and Woodside Circle. 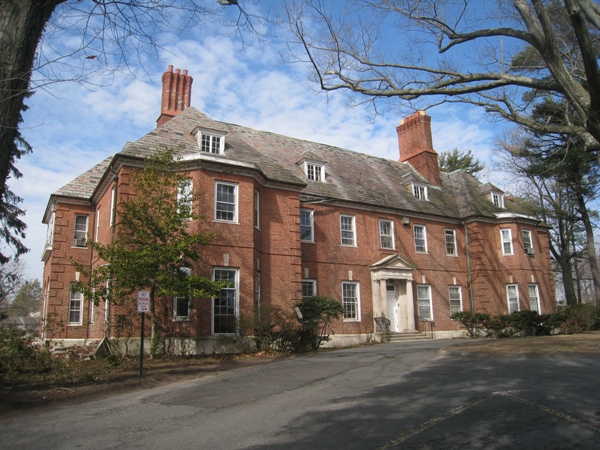 Johnson House is adjacent to Butterworth Hall to the west along Asylum Avenue. This photo shows the side of the building that faces the road, though it could be argued that the other side was actually the “front” of the house. It is not quite as large as Butterworth Hall, but is still a 7,000+ sqft building. 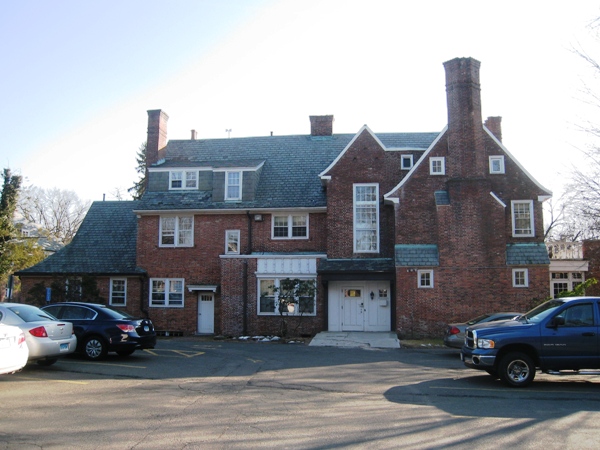 Babcock House is on the northwest corner of the site and is set back off the intersection of Asylum Avenue and Girard Avenue. It is the smallest of the three former mansions with just under 7,000 sqft of interior space. 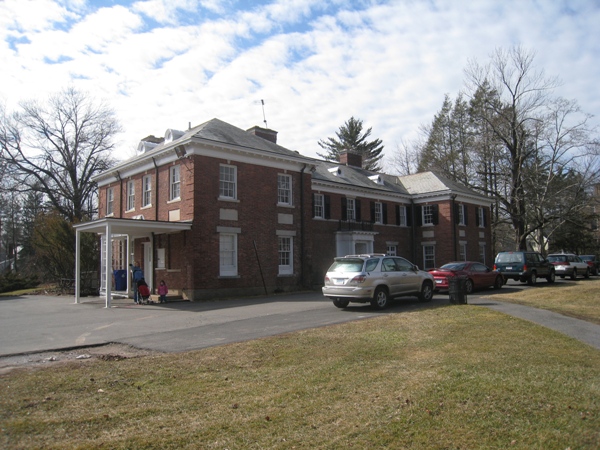 On Elizabeth Street, across from the UConn Law School, is a smaller Tudor style building that currently houses the University of Hartford Entrepreneurial Center. 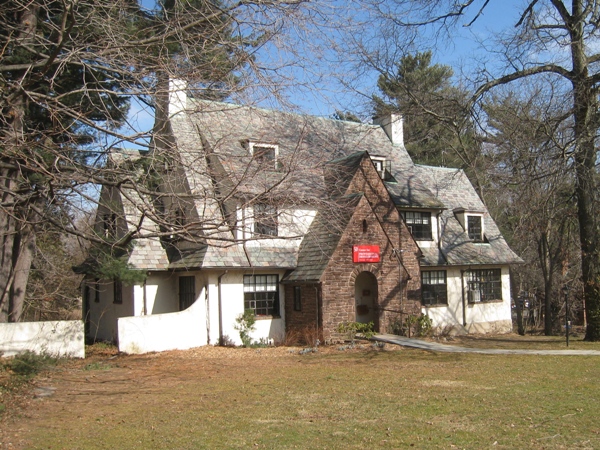 The final historic building on the site is a garage that is accessed from Elizabeth Street. 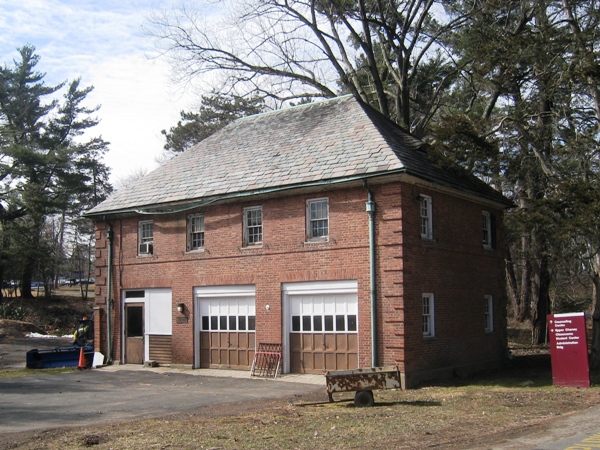 There is a small cluster of townhouses between Johnson and Babcock that serve as student housing. They appear to be built across the property line of two of the parcels, and are designed around a courtyard. 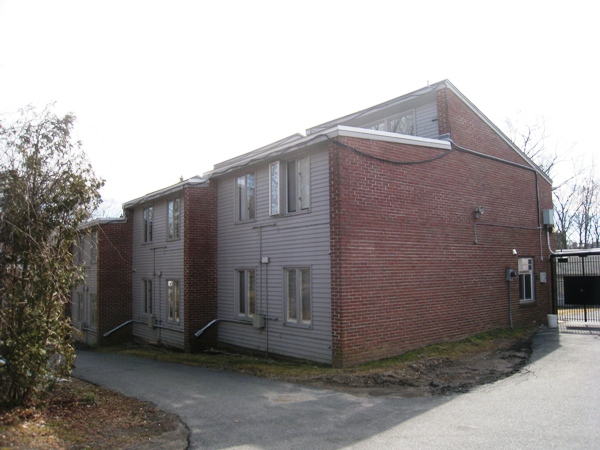 There are a few other buildings from the mid-1900s on the site, though they are not considered historic. 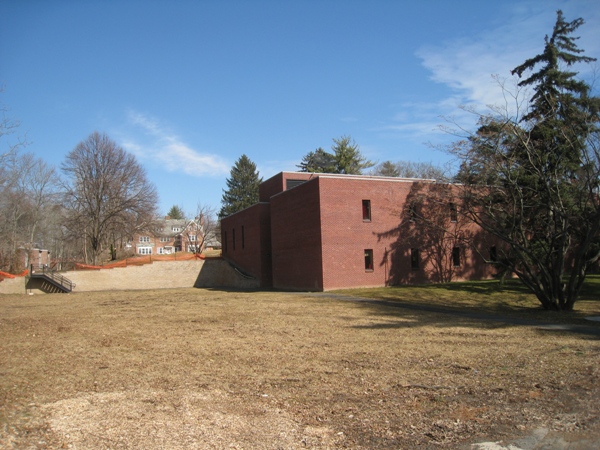 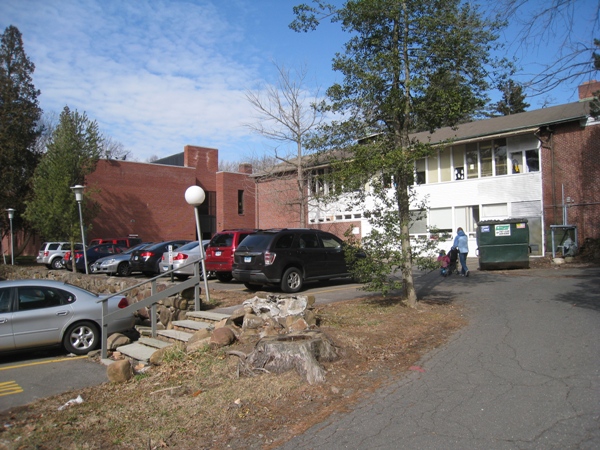 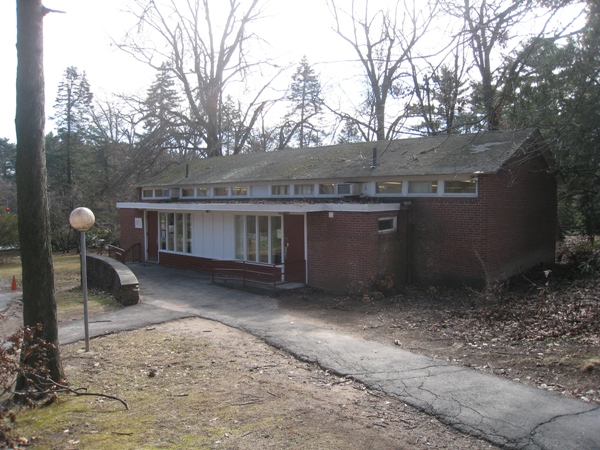 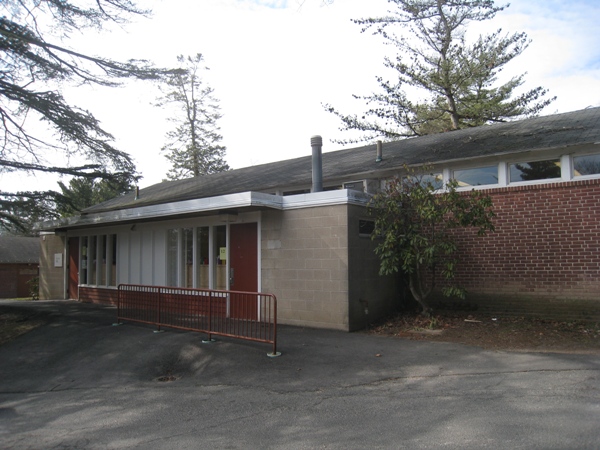 The other defining characteristic of the site is an area of wetlands that runs from the area near the historic garage on Elizabeth Street up towards the townhouses. The wetlands straddle the border between the private residences on Girard and the former Hartford College for Women site. 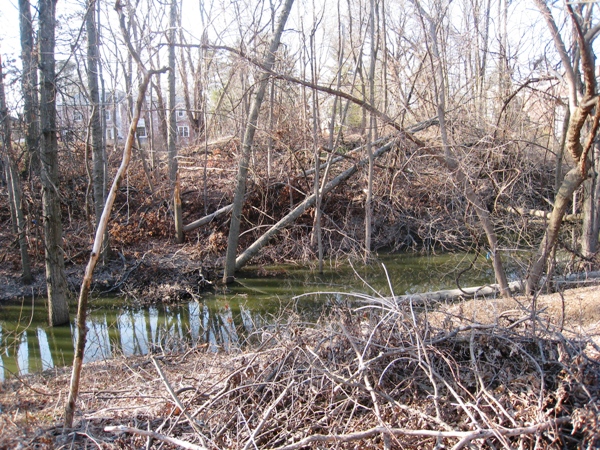 Thoughts on the Site

The exteriors of all five of the historic buildings are basically intact, though all are in need rehabilitation. While walking the site we saw a considerable amount of deferred maintenance, with some quite severe issues.

We do not know enough about the inside of the individual buildings to share first person thoughts about their historical character. We have been to meetings in Butterworth Hall and been impressed with some of the architectural detail. And alumni of the Hartford College for Women that we know are quite proud of other interior features that we have not seen. At the same time, a friend whose opinion we trust on matters of history and architecture feels that most of the interior historic character of the Johnson House and Babcock House buildings has already been lost. We have been in the Entrepreneurial Center and know that it is more like an office inside than a house.

Three of the four historic buildings – Butterworth Hall, Babcock House and the Entrepreneurial Center – clearly look like they were single-family homes at one point. The only work needed on the exterior is to clean up all the maintenance issues.

Johnson House, on the other hand, does not look like a normal house from the Asylum Avenue side. It has an irregular design and there is no obvious grand entrance that we would expect in a 7,000 sqft mansion. It is also surprisingly close to the main (original) part of Butterworth Hall. We have been assured that it was built as a single-family home, and it is on its own City parcel, but it is not a traditional house or exterior setup.

The non-historic buildings also appear to have significant deferred maintenance. We’re not experts on architecture, but find that they have a more modern feel to them. They are predominantly brick with white trimmed windows, like the historic mansions, but the size and style of the mid-century buildings are quite different.

Continue on for an overview of the arguments for the CREC Proposal.

6 thoughts on “A School in the West End: Site Visit”