There has been lots of construction at this brick building on Albany Avenue in West Hartford over the past month. 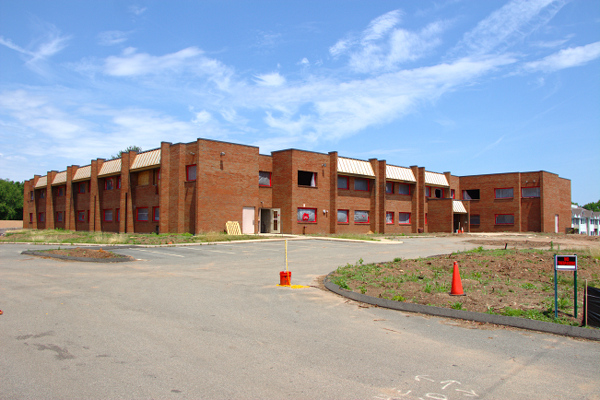 The project will convert a former convalescent home that was vacated in 2011 into an apartment community with 64 units ranging in size from studios to two bedrooms. The proposal adds a third level to the structure, and an addition, and works with the existing architectural elements.

West Hartford Town Council unanimously approved the proposal at the February 25, 2014 Council Meeting that followed a public hearing in which only one concern was raised by the neighbors.